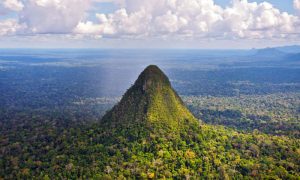 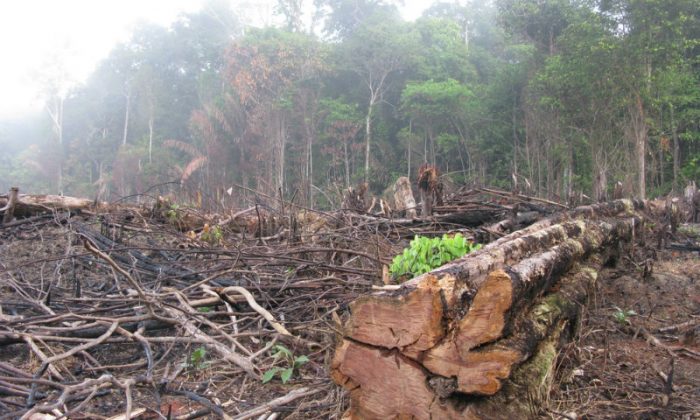 A cut block in the Amazon in Brazil. (Shutterstock*)
Environment

A two-year investigation by Greenpeace has revealed the extent of timber laundering in two major Brazilian Amazon states: Pará and Mato Grosso.

The report, published last week, suggests that fraud is widespread in the Brazilian timber industry. Loggers are using loopholes and outright deception to game regulations that aim to reduce the environmental impact of timber extraction.

“The timber market is fraught with illegality, and predatory logging is destroying the Amazon bit by bit,” said the activist group in a post on its blog. “Instead of protecting the forest, official checks and balances are being used to ‘launder’ timber from illegal and predatory logging practices in order to sell it in Brazil and globally as if it was legal.”

Greenpeace implicates several major retailers in the United States and Europe, and makes a case that those companies could be unwittingly violating national anti-illegal logging laws. For example, Lumber Liquidators, America’s largest specialty seller of hardwood flooring, has bought wood from exporters Greenpeace has linked to laundered timber. If that were shown to be the case, Lumber Liquidators could run afoul of the Lacey Act. The company has already faced an investigation over timber allegedly illegally sourced from the Russian Far East.

“Unlike its competitors Lowe’s and Home Depot, [Lumber Liquidators] still sells large quantities of tropical timber species and does not have a public endangered forest policy,” states the report. “Lumber Liquidators claims that it sources from ‘managed forests’, but this claim is not backed by any meaningful minimum standards.”

The report calls for stricter sourcing standards from retailers who sell Brazilian timber like Ipê and Jatoba.

Greenpeace also implores the Brazilian government to improve monitoring and enforcement, close loopholes, and conduct a review of all forest management plans and sawmill licenses granted since 2006.

“The Brazilian Government must take urgent steps to reform the Brazilian timber management and control system,” the group said, adding that the apparent prevalence of illegal logging undermines progress Brazil is making in reducing deforestation in the Amazon.

Since 2004 the annual rate of forest loss in the Brazilian Amazon has plummeted by roughly 80 percent. But data analyzed by Imazon, a Brazilian NGO, suggests that illegal logging is on the rise. For example, 78 percent logging documented via satellite between August 2011 and July 2012 was illegal. Some 122,337 hectares of rainforest was logged during the period, a 151 percent rise over a year earlier. The increase in logging is worrying to environmentalists in that it often foreshadows outright forest clearing.

Republished with permission from Mongabay.com. Read the original.

*Image of Amazon via Shutterstock