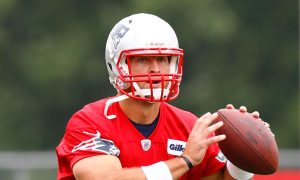 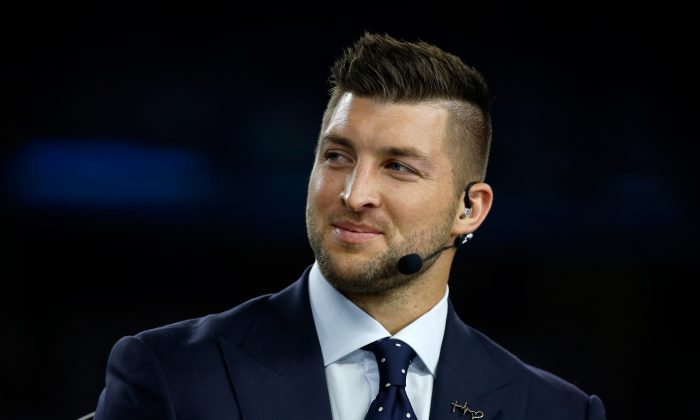 Former Heisman Trophy winner and NFL quarterback Tim Tebow hasn’t performed on the stage of a regular season NFL game since the 2012 season with the New York Jets. But that doesn’t mean the popular athlete can’t be on the stage of a different variety.

Tebow—who faces off against Nina Dobrev in the show—is one of several athletes to appear on episodes of “Lip Sync Battle” this season joining Dwayne Johnson, Michael Strahan, Deion Sanders, and Nick Young.

The 28-year-old Tebow, now a college football analyst, played three seasons in the NFL after a successful four-year run at Florida where he won a pair of national championships as well as the aforementioned Heisman Trophy while playing under Urban Meyer.

The left-handed quarterback was then selected by the Denver Broncos with the 25th pick of the first round in the 2010 NFL Draft. After playing sparingly as a rookie he came on in his second season, leading the team to seven wins in 11 games, despite completing less than half (46.5 percent) of his pass attempts.

Instead, Tebow won a number of games with his fourth quarter heroics. The dual-threat quarterback was credited with six game-winning drives led by a quarterback in his 11 starts.

In the ensuing playoffs, Tebow directed Denver to an overtime win over Pittsburgh before the team lost to New England.

After the season, Denver signed free agent Peyton Manning to be the starter, so the team subsequently dealt Tebow to the New York Jets.

But the Jets gave Tebow little opportunity to succeed in his only season (2012) in New York. Despite the struggles of incumbent Mark Sanchez, then-head coach Rex Ryan stuck with Sanchez (and backup Greg McElroy) over Tebow as the Jets struggled to a 6–10 record.

Tebow finished the season just 6/8 passing for 39 yards while rushing for 102 yards on 32 carries.

He was released after the season and, despite going to training camp with teams like the New England Patriots and the Philadelphia Eagles in recent years, has yet to make an NFL squad since.