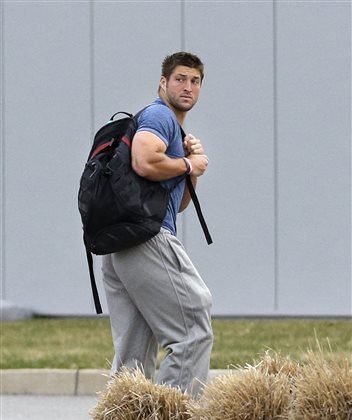 Tim Tebow Dolphins: Tebow’s agent said the Miami Dolphins could be interested in the former star.

Drew Rosenhaus, Tebow’s agent, told 560 WQAM radio that he “wouldn’t be shocked” if the Dolphins sign Tebow, who was let go by the New York Jets on April 29.

“Our decision-making process regarding player personnel is confidential and we don’t discuss it publicly,” Dolphins spokesman Harvey Greene told NBC by email.

A so-called “high ranking source” within the organization told Miami Herald columnist Armando Salguero that the speculation is “totally untrue.”

“Our QB situation is set,” the rumor added.