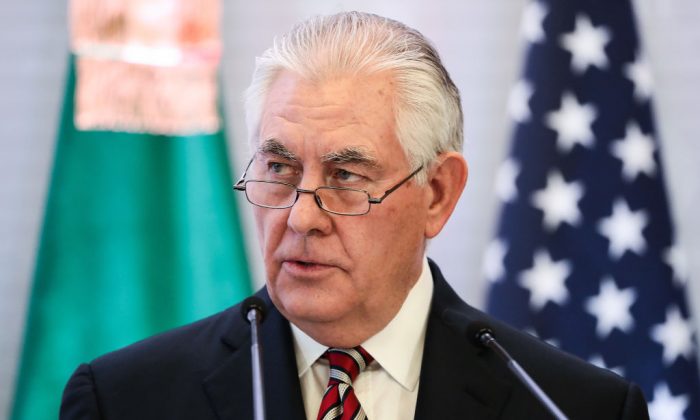 U.S. Secretary of State Rex Tillerson canceled his scheduled events in Kenya on Saturday, March 10, due to illness.

“The secretary is not feeling well after a long couple days working on major issues back home such as North Korea and has canceled his events for the day,” said a brief statement from Undersecretary of State Steve Goldstein, CBS reported.

This was Tillerson’s first Africa tour in his role as secretary of state.

“Some events will go ahead without him, while they are looking at the possibility of rescheduling others,” Goldstein said, according to the CBS report.

He later said that Tillerson was “feeling better and will resume his normal schedule tomorrow [Sunday].”

Tillerson arrived in Nairobi on Friday, March 9, and spoke at a press conference.

“Kenya is a country of tremendous opportunity,” he said at the conference, according to CNN. “With a fast-growing GDP … a vibrant culture of entrepreneurship, and a regional economic leader, we are eager to find more ways to work with you.”

Met and held a fruitful discussion with US Secretary of State Rex Tillerson at State House. pic.twitter.com/gIJOcjwn8S

According to CNN, some of Saturday’s events are expected to proceed without the U.S. diplomat, but some will be rescheduled. One of those that will now take place later in the schedule is a stop at the site of the 1998 bombing of the U.S. Embassy in Nairobi.

Tillerson is due to travel to Chad on Monday then head to Nigeria a day later.