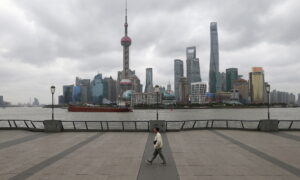 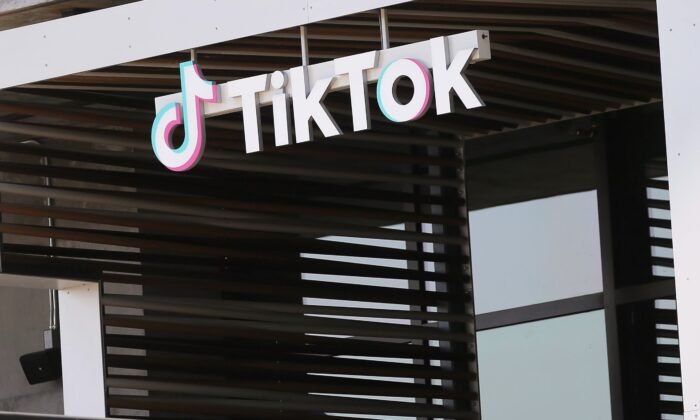 The TikTok logo is displayed outside a TikTok office in Culver City, California on August 27, 2020. (Mario Tama/Getty Images)
China-US News

TikTok Sale to Oracle Under US Security Review, Mnuchin Says

The U.S. government will soon review a deal between TikTok and Oracle to decide whether the Chinese-owned video-sharing app can be converted into a U.S. company without compromising national security, Treasury Secretary Steven Mnuchin said on Sept. 14.

Mnuchin, confirming that the app’s parent company ByteDance has chosen the California-based technology firm’s offer over a bid from Microsoft, said the U.S. administration would need to review the sale proposal as the Sept. 20 deadline draws near.

“There are two processes that we’re going through. One is the CFIUS [Committee on Foreign Investment in the United States] review. The other is the national security review under the president’s executive order,” Mnuchin told CNBC’s “Squawk Box” on Sept. 14. He added that “there’s also a commitment to create TikTok Global as a U.S.-headquartered company with 20,000 new jobs.”

“We will be reviewing that at the CFIUS committee this week, and then, we will be making a recommendation to the president and reviewing it with him,” he said.

Microsoft said in a Sept. 13 statement that ByteDance rejected its offer to buy TikTok’s U.S. operations but argued that their proposal “would have been good for TikTok’s users, while protecting national security interests.”

TikTok didn’t immediately respond to a request by The Epoch Times for comment.

While Mnuchin refused to elaborate on the deal when pressed by CNBC, he said that “a critical factor for us driving national security is making sure that the technology on Americans’ phones is safe, and make sure that it is not corrupt.”

“We have a lot of confidence in both Microsoft and Oracle,” he said. “They’ve chosen Oracle. We will be reviewing it with their technical teams and our technical teams, to see if they can make the representations that we need.”

The discussion with Oracle’s technical teams will happen “over the next few days,” he added. “I will just say from our standpoint, we’ll need to make sure that the code is, one, secure, Americans’ data is secure, that the phones are secure.”

TikTok has been under scrutiny for its collection of user data and censorship of content that Beijing deems politically sensitive, such as the Tiananmen Square Massacre, Tibet, and the persecuted spiritual group Falun Gong.

The Trump administration has set a Sept. 20 deadline for ByteDance to sell TikTok to a U.S. company, or else cease operating in the United States. But the latest technology export restrictions from Beijing could complicate the sale.

For the first time in more than a decade, China’s Commerce Ministry and Science and Technology Ministry updated its export control rules on Aug. 28, barring the exports of technology such as “personalized data recommendation services” based on big data analysis.

The revised regulation would force TikTok to gain Beijing’s approval before transferring its core algorithms to a U.S. buyer, an opaque process that could risk delaying the deal.

Asked about the prospect of Beijing blocking the TikTok sale, Assistant Secretary of State David Stilwell on Sept. 2 said that “there’s an economic versus security balance here that we all have to deal with.”

“Allowing this sale would allow the profits and all that to continue, whereas blocking this sale—obviously there’s a financial loss, but for the Chinese, that should hopefully dampen their decision,” he said at a press briefing.