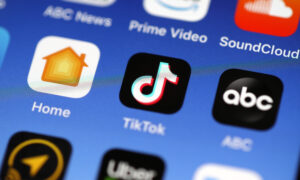 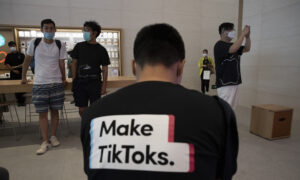 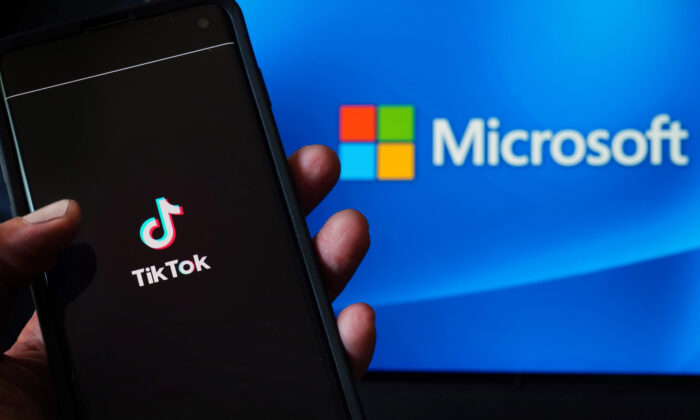 In this photo illustration, a mobile phone featuring the TikTok app is displayed next to the Microsoft logo in New York City on Aug. 3, 2020. (Cindy Ord/Getty Images)
Australia

Microsoft’s proposed buyout of popular Chinese-backed music app TikTok could accelerate the “next step” of the global internet’s fragmentation into regional blocs, according to a Melbourne-based cybersecurity expert.

TikTok, which is owned by Beijing-based ByteDance, is currently in negotiations with Microsoft to sell the United States portion of the app. This would also come with control over the Australian, Canadian, and New Zealand userbase.

The goal of the sale is for the American version of TikTok to become a wholly-owned United States-based firm, effectively severing its ties with Beijing.

The move comes in response to recent calls to ban the app in the United States over security concerns especially given TikTok’s massive userbase (800 million worldwide) and Beijing’s 2017 National Security Law which compels China-based companies to share data with the regime if needed.

U.S. President Donald Trump drew a line in the sand, setting a deadline for negotiations to conclude by Sep. 15. If negotiations fail, TikTok will be banned in the United States.

On June 29, the Indian government banned a slew of Chinese apps, including TikTok and WeChat. They claimed the data mining and profiling conducted by these apps was “hostile to national security and defense of India.”

Matt Warren, professor of cybersecurity at the Royal Melbourne Institute of Technology told The Epoch Times on Aug, 5 that despite TikTok being an entertainment app, it still collected extensive details of users.

“The app not only accesses a user’s phone camera and microphone, but also the user’s contacts list and information from other apps including location data and possibly even more information,” he said. How this information was stored and used was also a concern.

The successful sale of TikTok would be more than a simple business acquisition, instead, it could have global ramifications on how the internet functioned in the future.

In recent years, the Chinese Communist Party has made overtures to the International Telecommunication Union (ITU) for the establishment of a new “internet standard.”

The timing is ripe as nations look to invest in new infrastructure and improve the operations of the internet so that it is more efficient and can cope with the rapidly changing demands of the digital world.

Experts have warned that Beijing, and other authoritarian governments, would seek to integrate “authoritarianism into the architecture underpinning the web” and give state-run internet service providers more control over users.

In fact, an upcoming ITU meeting in November could lay the groundwork for a fracturing of the internet into two blocs—the current “Westernised” and freer internet—and a new CCP-led internet backed by controversial telecommunications firm Huawei.

According to Warren: “The danger of the ‘splinternet,’ is that the internet will break down into regional versions. For example, China, Russia, Iran, Turkey, and the West. So, the dream of the internet being a global system disappears.”

Regarding TikTok, the sale of the app would “speed-up” this process given the size of its userbase and the likely split along geopolitical lines—with the United States, Canada, Australia, and New Zealand TikTok serving as the “Westernised” version—and other versions remaining tied to ByteDance in Beijing.

Questions also remain over the future of data protection, particularly if different regional zones emerge with different standards and rules.

“Governments and citizens are increasingly worried about privacy concerns regarding their data and its potential to be manipulated, which could become worse in the new splinternet,” Warren said.