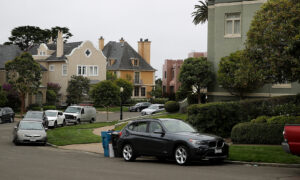 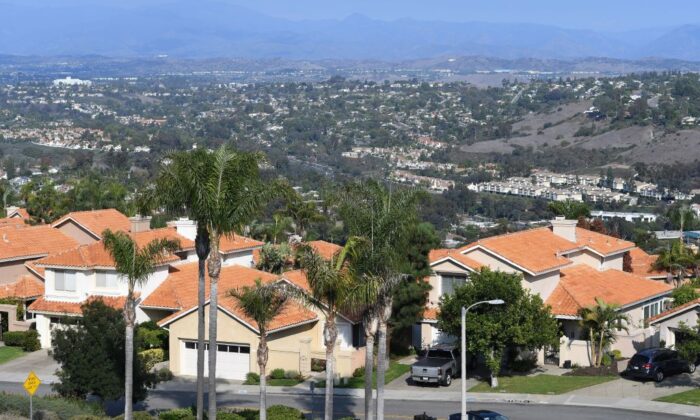 An upscale neighborhood stretches to the horizon in Laguna Niguel, Calif., on Oct. 14, 2018. (Robyn Beck/AFP via Getty Images)
Southern California

According to The Orange County Housing Report published by Steven Thomas this week, the county market for homes listed for less than $1 million remains extremely tight.
According to his analysis, the expected market time (date the home is listed for sale until it enters escrow) is now about 27 days. That’s unchanged from the previous two-week period and also from a month ago.

As discussed in this space previously, this tight market is being driven by continued demand from people seeking less-dense neighborhoods and also more space within their homes to accommodate remote learning, working from home, and at-home entertainment, along with extremely limited supply as renters and mortgage borrowers benefiting from temporary relief from eviction and payment are keeping would-be vacancies low.

There are still relatively large portions of mortgage borrowers reporting they aren’t current on their mortgage payments and renters who aren’t caught up on rent payments.

Some 31.2 percent aren’t caught up on their rent payments in the Los Angeles–Long Beach–Anaheim metro area, while 32.9 percent of mortgage borrowers aren’t current on mortgage payments in same area, according to the Household Pulse Survey, which cited data released yesterday by the U.S. Census Bureau.

Looking at Census data for the Inland Empire: 27.4 percent of renters are behind on payments while 21.1 percent of mortgage borrowers aren’t caught up on their payments in the Riverside–San Bernardino–Anaheim metro area.

Given the current protections keeping renters and mortgage borrowers in their homes, it isn’t surprising that housing supply is so low right now.

The data is provided by income grouping in the accompanying table.

Thomas deems that more expensive homes to be in a hot sellers market. But supply is less constrained by renters and mortgage borrowers benefiting from temporary programs. A far greater portion of these homes are already fully owned by their occupants, so those homeowners can put their homes on the market without having to consider giving up renter protections or mortgage deferment options.

Clearly, this part of the market has started to enter the slowdown in activity normally seen this time of year—after school children resume their studies in the fall and parents are generally unwilling to disrupt learning with a move.