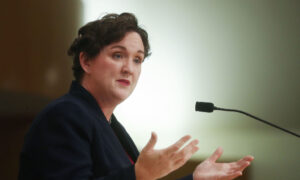 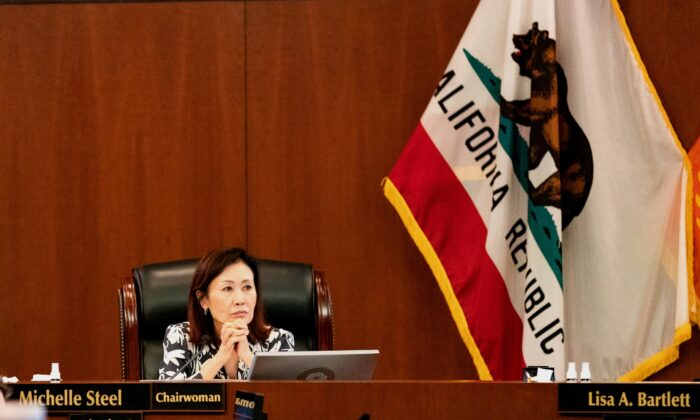 California’s 48th Congressional District flipped blue after Harley Rouda defeated 15-term Republican incumbent Dana Rohrabacher in 2018. This year, Republicans have sought to win back the seat with candidate Michelle Steel, currently chairwoman of the Orange County Board of Supervisors.

The 48th district covers most of the county’s coast, which is mainly Republican, but also parts of Santa Ana and Westminster, which are more Democratic. Santa Ana, with a majority Latino population, has the highest percentage of Democratic voters of all cities in Orange County.

The race has drawn national attention, with millions spent on both campaigns.

Republicans have seen it as a chance to win back a historic stronghold, with about 175,000 voters in the district registered Republican this year compared to about 150,000 Democratic. About 108,000 are registered with no party preference. The district is wholly contained in Orange County, unlike some other districts which spread into bluer counties, such as Los Angeles.

She said Steel’s campaign against Rouda took “pretty much the traditional ‘he’s a corrupt politician and he’s crooked’ [approach], and I just don’t see that that’s relating to people these days.”

Steel told The Epoch Times on Nov. 2, “I tried to stop the dysfunction … if that is corruption, he doesn’t know what corruption is for the government.”

“I’m a mother of two. I’m a wife. I carry on common sense,” Steel said. “And he’s been attacking me—that, you know, I’m related to China. I don’t even speak Chinese. I speak Korean as my first [language] and Japanese my second; English is my third.”

Rouda’s campaign couldn’t be reached for comment by press deadline.

In the primary election, Rouda had 46.7 percent of the vote and Steel had 34.7 percent, the lion’s share of the Republican vote spread among her and three other candidates. California’s top-two primary system has all candidates on the same ballot with the top two vote-getters, regardless of party affiliation, moving on to the general election.

The Epoch Times spoke to eleven voters in Huntington Beach, one of the more Republican parts of District 48; eight voted for Steel, two declined to say whom they voted for but expressed general support for Rouda, and one didn’t vote.

The Epoch Times asked many voters in the more Democratic part of the district, Santa Ana, to share their views, but all declined to comment.

Eric Silkenson said he voted for Rouda in 2018, but declined to say whom he voted for this year, since he was himself running for local office, Huntington Beach City Council, and didn’t want to take a public stance on the race.

He did say of Rouda, “He is very much a moderate. … Michelle Steel, to me, is not moderate, center-right. She’s right.”

His wife, Jennifer, agreed: “He is in the middle, and a moderate, so he is willing to work with both sides.”

Silkenson didn’t like how Steel and other supervisors handled COVID-19; he said they weren’t proactive enough.

Bill Farmer, 60, said he likes Steel’s stance against sanctuary cities and on securing the border. Of Rouda, he said, “Honestly, as our representative in this area, he’s invisible. I mean, other than the campaigning, I’d never really heard much from him or what he was doing. I’d kind of look him up every once in a while and didn’t really see any action.”

In comparison, he said, Rohrabacher “was very visible to the constituents.”

The Epoch Times ran into famed mixed martial artist Tito Ortiz, who ran for Huntington Beach City Council this year and is well ahead in that race.

He voted for Steel. “She’s a hardworking person that came from a different country that knows what other countries are like,” he said. That helps her understand the freedoms in the United States better, he said.

And “who doesn’t want low taxes?”

Health care is the first issue of importance to Rouda listed on his website. “In the middle of a pandemic, the Trump Administration has worked to dismantle protections for Americans with pre-existing conditions, eliminate Medicare, and threaten women’s reproductive rights. We need to improve and expand health care coverage—not dismantle it,” his website says.

He has also campaigned on the issue of climate change.