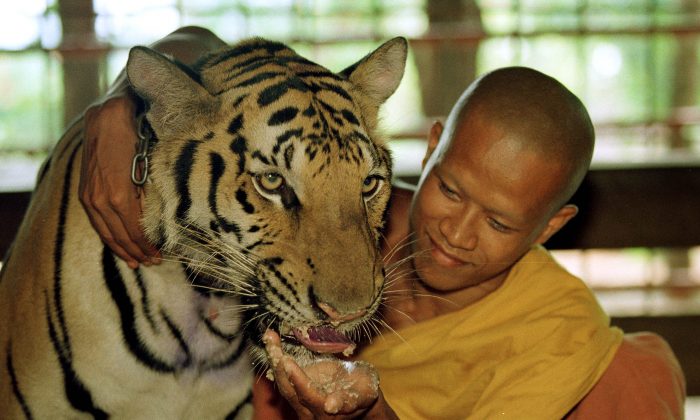 Conservationists have declared tigers “functionally extinct” in Cambodia, where the local population has been devastated by poaching.

“Today, there are no longer any breeding populations of tigers left in Cambodia, and they are therefore considered functionally extinct,” the World Wide Fund (WWF) said in a statement, AFP reports.

The last time that a tiger had been seen on a camera trap was in the Mondulkiri province in 2007.

Government protection of tigers is weak in many countries in Southeast Asia, according to the WWF, and it’s thought that there are no breeding populations left in Cambodia, Vietnam and Laos, and that the number is unknown for Indonesia, Thailand and Myanmar.

In an effort to revive the tiger population, the Cambodian government approved of a plan last month to reintroduce tigers into a protected forest in the eastern part of the country, with law enforcement against poachers.

Omaliss said that talks had begun with India, Thailand, and Malaysia on providing a small number of tigers for the project.

In the past century, the population of wild tigers worldwide has fallen from 100,000 to less than 3,500, and many countries are working together to revive a species on the verge of extinction.

Officials from 13 countries are set to meet in mid-April to discuss a plan to double their tiger population by 2022.