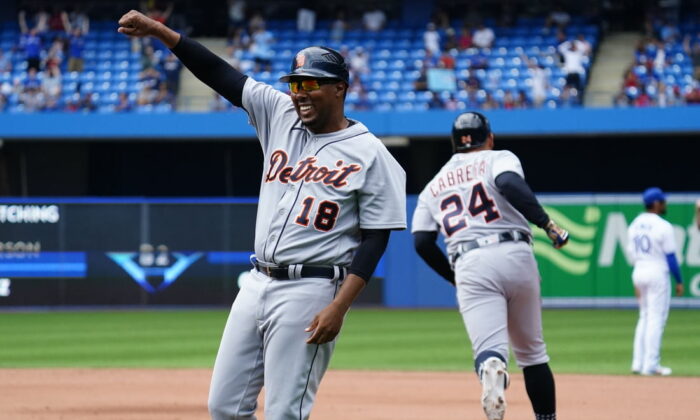 The team said he passed away Monday. No cause of death was given.

Bartee played four seasons in Detroit (1996-99), followed by brief stints with the Cincinnati Reds in 2000 and the Colorado Rockies in 2001.

“Throughout his time in our organization as both a player and coach, Kimera was known as a kind soul but intensive competitor who did his best every day to elevate those around him to do great things,” general manager Al Avila said in a team-released statement. “While Tigers fans got used to seeing him in the first base coach’s box, Kimera’s impact on our ballclub went far deeper and will be sorely missed.”

The Tigers promoted Bartee to first base coach last July, after the departure of Chip Hale, who was named head coach at the University of Arizona. Bartee had been working as the team’s roving outfield and baserunning coordinator, and served as the first base coach for the Pittsburgh Pirates from 2017-19.

In late November, manager AJ Hinch confirmed Bartee would return to the role for the 2022 season.

“Like many across baseball, I was devastated by the news of Kimera’s passing,” Hinch said Tuesday in a statement. “From the start of spring training last year, it was clear that ‘KB’ was the epitome of a player’s coach, having an uncanny ability to build deep connections with anyone from a rooking to a 10-year veteran. I was proud of his selflessness and adaptability when he quickly shifted to the Major League staff last season, and how excited he was about the bright future he had in both baseball and life.”