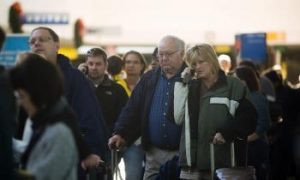 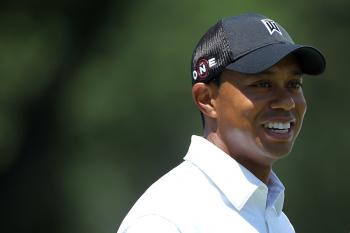 Tiger Woods was recently questioned by investigators working on the case of Canadian doctor Anthony Galea who was arrested for giving human growth hormones to athletes. (Hunter Martin/Getty Images)
US

By James Bishop
biggersmaller
Print
Tiger Woods was recently questioned in a probe conducted by investigators working on the case of Canadian doctor Anthony Galea. Galea was arrested for illegal distribution of the body enhancement element known as human growth hormone (HGH), and giving an unapproved drug, Actovegin, to athletes.

Galea was arrested in May for allegedly administering unapproved medical supplies to three NFL players, along with 23 other unidentified athletes. Tiger Woods was recently questioned by authorities who are collecting information on the case. Woods said that he received treatments from Galea, but did not take any illegal substances, reported AFP.

The investigation exploring Galea’s alleged contraband drug smuggling and distribution is ongoing. Woods' questioning was part of a second segment of interviews done by authorities collecting information on the 23 unidentified athletes on Galea’s list.

“Tiger willingly spoke to the authorities and cooperated fully. It was confirmed that because he did nothing illegal, he is not the subject of any criminal investigation. Because there is an ongoing investigation involving others, there will be no further comment,” Woods' agent Mark Steinberg told the Associated Press.

Actovegin is not FDA approved for sale in the United States. It is obtained from filtered calf blood and has an insulin-like effect of increased glucose utilization which increases uptake and utilization of oxygen. Human Growth Hormone can be extracted from animals or from the human pituitary glands which makes the substance highly controversial. Any kind of HGH is banned by all sports leagues in the United States.