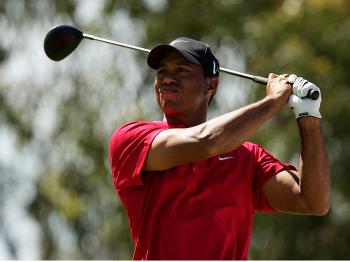 Jason Loftus
View profile
Follow
biggersmaller
Print
While world leaders gather in Copenhagen in hopes of saving the planet and deciding how untold billions of dollars are spent in the coming years, internet surfers appear much more enamored with the latest news in the ongoing Tiger Woods saga—by a margin of more than six to one.

According to output from Google Trends, a service that tracks the relative frequency of search terms via search engine leader Google, the term "Tiger Woods" exceeded total searches for "Copenhagen," "Climate Change," and "COP15" (the name of the climate conference now underway) by a margin of about six to one over the last 30 days.

In fact, the term "Tiger Woods mistress" itself exceeded the searches for "COP15" by roughly four times, according to the service.

Google does not provide absolute numbers of searches, but it allows users to compare the relative frequency of search terms, globally or by region.

Google searchers who most frequently searched "Copenhagen" over the last thirty days were not surprisingly found in three Danish cities—Lyngby, Copenhagen, and Arhus.

The cities with the most frequent searches for "climate change" over this time were predominately Australian, with Perth, Brisbane, Sydney, and Melbourne all appearing in the top five. Makati, Philippines shows up as the number two location. Washington, DC is number six and Toronto is the only Canadian city in the top ten at number nine.

Charlotte, North Carolina appears to be the global hotbed for "Tiger Woods" searches over the last 30 days, followed by Minneapolis, Orlando, and Boston. The only non-U.S. city in the top ten is Waterloo, Canada, at number five.