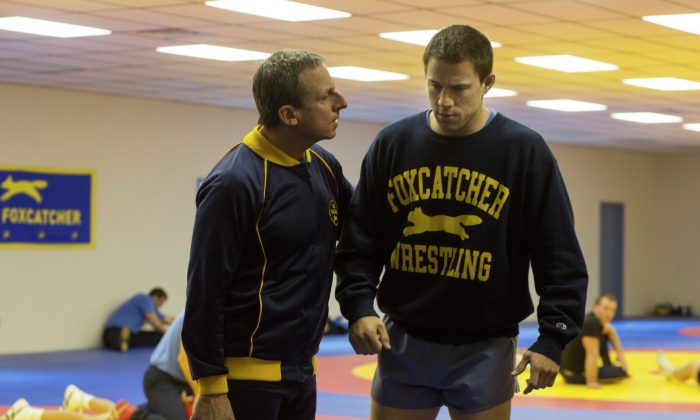 Channing Tatum (R) and Steve Carell in a scene from "Foxcatcher." (Courtesy of TIFF)
Canadian Content

TIFF Biopics to Watch For

TORONTO—This year’s Toronto International Film Festival, which runs Sept. 4 to 14, is a biopic buffet, featuring a number of high-profile films dramatically probing the lives of real people. Here are a few of the most anticipated:

Love & Mercy: Brian Wilson, the troubled mastermind behind ’60s American pop titans the Beach Boys, is portrayed by John Cusack and Paul Dano in his older and younger years in this feature from Bill Pohlad. Pohlad is the decorated producer behind “12 Years a Slave” and “Brokeback Mountain” who last directed a film in 1990. Paul Giamatti and Elizabeth Banks round out a talented cast, and there’s certainly fertile dramatic material here: Wilson struggled with serious mental health issues even as he pushed the Beach Boys to impossible creative highs.

Mr. Turner: This period drama from seven-time Oscar-nominated director Mike Leigh was a hit at Cannes, where British character actor Timothy Spall claimed the best actor prize for his portrayal of his famed countryman, J.M.W. Turner. The Romantic landscape painter is captured here in middle age, and according to early reviews, the visionary artist is presented with his eccentricity intact. It’s a safe bet that Spall’s Oscar buzz will continue to reverberate through the festival.

The Theory of Everything: Academy Award-winning director James Marsh has a resume that might stand him in good stead to get the facts right with this biopic of famed physicist Stephen Hawking. After all, Marsh has a long history as a documentary filmmaker, with credits including “Project Nim” and 2008’s Oscar-winning “Man on Wire.” In a buzzed-about performance, Eddie Redmayne portrays Hawking as a student at Cambridge, falling in love with first wife Jane (Felicity Jones) just as he’s dealing with his diagnosis of ALS.