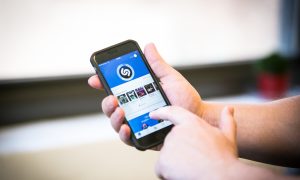 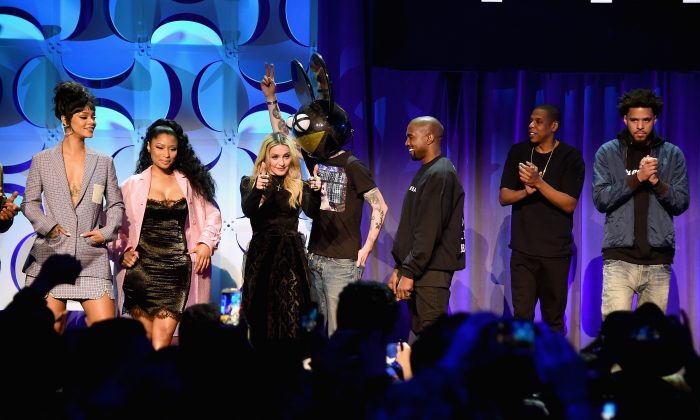 Jay Z: 'They can be McDonald's, we'll be Shake Shack'
By Shannon Liao
biggersmaller
Print

Jay Z and several other artists launched music streaming service Tidal Monday as an alternative platform that will pay artists greater royalties. The service touts its higher quality sound and exclusive content from artists, which come at the cost of higher monthly subscription rates.

With its initiation, Tidal is addressing an issue that has plagued artists, who often face inadequate royalties for their songs. Some have even pulled out of Spotify, a popular streaming service, as an act of protest. For instance, Taylor Swift left Spotify entirely last November, saying that streaming services hurt album sales and devalue music. Her album “Red” is on Tidal, but her latest one, “1989,” isn’t.

Tidal will pay its artists higher royalties than other streaming services do, and every tier of artists will receive compensation. The higher compensation at Tidal could inspire other services to improve their pay structures too, according to Jay Z, speaking to New York University (NYU) students Wednesday afternoon.

Jay Z used the name of the company as a metaphor: “If the tide rises, all the boats rise.”

Student discounts may be in the works, Tidal executive Vania Schlogel conceded at NYU Wednesday. Spotify has a student discount for its premium version, cutting the usual $10 a month to $5.

Still, there could well be an audience willing to shell out for Tidal, according to Schlogel, who compared splurging on Tidal to the common practice of spending hundreds on electronics like headphones or speakers.

“[Some people] are willing to pay $10,000 to kid-out their household speakers and then put a compressed file into those speakers. There is that audiophile group that does care very deeply about it,” she said.

Jay Z acknowledged that Tidal might only appeal to the minority of audiophiles among people: “We’re cool. They can be McDonald’s, we’ll be Shake Shack.”

“If you consume music [for] free, that’s what you wanna do, that’s your choice,” he added.

Another perk that Tidal offers, which Spotify, founded in 2006, has yet to match is the star power behind the company, which could grant users a sense of proximity to the artists. Monday’s star-studded launch included Madonna, Alicia Keys, and Usher among others.

After all, Jay Z bought its parent company, Aspiro, earlier this month for $56 million, and a look at the “What’s New” section on the streaming website, shows that Tidal is taking full advantage of its access, featuring exclusive content across the screen. On Tidal, one can view the short film “Electroma” by Daft Punk, The White Stripes’ first televised appearance in their hometown in Detroit, and listen to “hand-crafted” playlists made by Rihanna, Beyoncé, and Coldplay.

Music could also be made available sooner to Tidal users. Rihanna, who was one of the artists launching Tidal with Jay Z, dropped her latest single last week. It’s still not available on Spotify but is available in full on Tidal. And Beyoncé’s self-referential album took about a year after its December 2013 release to appear on Spotify.

Listeners of Tidal can discover interesting celebrity tidbits such as Beyoncé listens to house music and that she gave kudos to her younger sister, Solange Knowles, by including “Lost on the Way Home” by Chromeo, featuring Solange on her festival-inspired playlist.

Tidal is now rumored to be worth five times as much as its initial value. The mobile version is available on Android and iPhone.

At Wednesday’s question and answer session, Jay Z advocated for greater transparency in the music industry, so that listeners could better appreciate how much work went into producing music and attach a greater price tag to each song.

“Someone’s changed our mindset to believe that a bottle of water is worth $6,” he said, “I can definitely show you why you should pay for Lauryn Hill’s album.”

Correction: A previous version of the article made an incorrect statement. It is now corrected to say that high fidelity sound is best heard through higher-quality headphones. Epoch Times regrets the error.