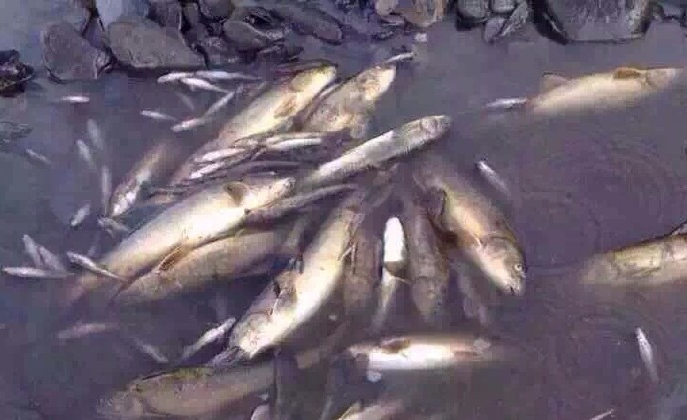 When a thousand ethnic Tibetans living in southwestern China’s Sichuan Province gathered to protest a lithium mining operation that is poisoning local waters, they prepared a blunt and fishy statement.

On May 6, the demonstrators blocked a road in the autonomous province of Ganzi and laid on the ground piles of dead fish—victims of the Xijika lithium mine owned by the Rongda Lithium Industry Company Ltd.

According to Tashi, a Tibetan local, the action was organized and carried out with the cooperation of multiple townships. “The local government dispatched lots of anti-riot police to be on alert,” he told Epoch Times.

An ethnic Han Chinese witness at the scene said that the Tibetans were sitting in the middle of the road and that some time afterward, the police had already established control zones and patrols all along the road. When the witness uploaded photos of the protest to social media, he told Epoch Times that the Internet police demanded that he delete them. He refused.

The standoff between the police and the Tibetan demonstrators was resolved when a local Communist Party secretary promised that mining would cease.

The Xijika lithium mine opened at the beginning of May. Toxic waste water had been dumped into the upper reaches of Liqu river, a tributary of the Yalong river, causing in a rapid die-off among local aquatic wildlife.

Xijika, located in the township of Tagong, is home to Asia’s largest reserve of solid kunzite lithium ore. At 80 million tons, it contains four fifths of China’s total reserves.

The Rongda company acquired mining rights to the region in 2005, causing widespread pollution to the once-pristine steppe of western Sichuan Province. In October 2013, Tibetans protested when five villages discovered that their sources of drinking water were toxic, Radio Free Asia reported.

The lithium mining was stopped, then restarted this year.

Existing pollution has harmed the scenic grasslands in the region, said Tashi, the Tibetan local, and will eventually result in its destruction if left unchecked.