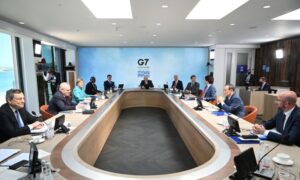 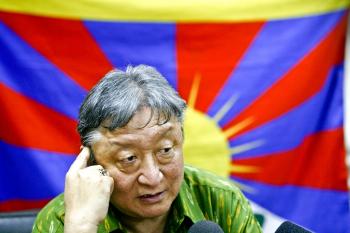 By Marcin Klebba and Matthew Robertson
biggersmaller
Print
Representatives of the Tibetan government in exile returned to India with nothing on Feb. 1, as they concluded the ninth round of talks with Chinese Communist Party (CCP) officials.

A report by Chinese state mouthpiece Xinhua, said that Du Qinglin, current head of the CCP United Front Work Department, resolutely refused to make concessions over Tibet during the five days of meetings.

The last meeting between Tibetan representatives and CCP officials was in November 2008. The current revival of talks by Beijing is a tool to improve China’s standing in the international community, according to Michał Orzechowski, a representative of the Poland-based World Solidarity.

The timing of the meeting is helpful for improving China’s image, he said, coming right after Google’s public decision to stop censoring its Chinese search engine, and U.S. Secretary of State Hillary Clinton’s remarks against Chinese cyber attacks.

Despite this context, some Tibet watchers are not optimistic. “These are still only ‘talks about the future talks,’ and don't mistake them for dialog,” said Piotr Cykowski of the Tibetan Program of The Other Space Foundation in Poland.

“For some this is a positive signal, for others it is only a delay, and pulls the wool over the eyes of international opinion at a time when China is strengthening military control and political repression in Tibet,” said Cykowski.

The Communist Party’s official line on Tibet was prominently displayed in a message on the Web site of the United Front Work Department, which features a hammer and sickle emitting rays of light on its front page.

While sternly admonishing the Dalai Lama as an "insincere splittist," and "traitor to Chinese nationalism," the message said, “The one who truly represents the fundamental interests of the Tibetan people, the one who can truly allow the people of Tibet to have a happy and wonderful life is the Chinese Communist Party, it is the Central government and all levels of the Tibetan People's government.”

The last meeting between United Front officials and Tibetan representatives in November 2008 followed the riots and violent crackdown in the region, forcing the regime to open up dialogue. In that meeting, Tibetan representatives had prepared a “Memorandum on Genuine Autonomy for the Tibetan People,” a desideratum with proposed solutions that accord with the CCP’s constitution.

Zhu Weiqun, executive vice minister of the United Front Work Department, said during the meeting that the Tibetans harbored “malicious intentions,” and that by allowing Tibet meaningful autonomy, “feudal serfdom would be re-established over one-fourth of the Chinese territory.”

“We will never make a concession," Zhu said.