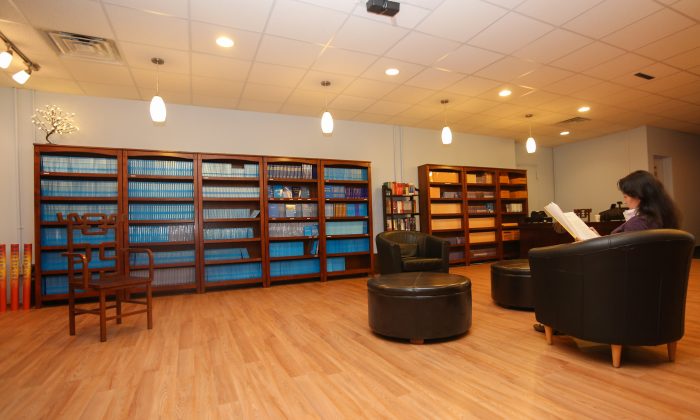 Tianti is a nonprofit organization that specializes in books, CDs, and DVDs dedicated to the meditation practice Falun Dafa, also called Falun Gong. It also carries a selection of scholarly works, biographies, and other books about China.

With its origins in ancient China, Falun Dafa has been spreading in the United States and in some 70 other countries for the last two decades.

The practice consists of two elements: a set of five gentle exercises that can be practiced by anyone, virtually anywhere; and teachings based on how to live life according to the principles of truthfulness, compassion, and tolerance. Falun Dafa’s wide-ranging health benefits have been well documented.

For years, Tianti has existed online, but due to the growing popularity of Falun Dafa in New York City, and increasing demand from the community, Tianti decided to open a brick-and-mortar store in the city. The store not only offers books by Falun Dafa founder Mr. Li Hongzhi in 20 different languages, it will also hold free, monthly nine-day workshops to introduce Falun Dafa and act as a resource center for anyone learning the practice.

In New York, there are currently over 20 sites where people can learn the practice for free: eight in Manhattan (including Madison Square, Central Park, Washington Heights, and Columbia University), six in Brooklyn, four in Queens, four on Long Island, one in the Bronx, and one in Westchester. Tianti adds one more.