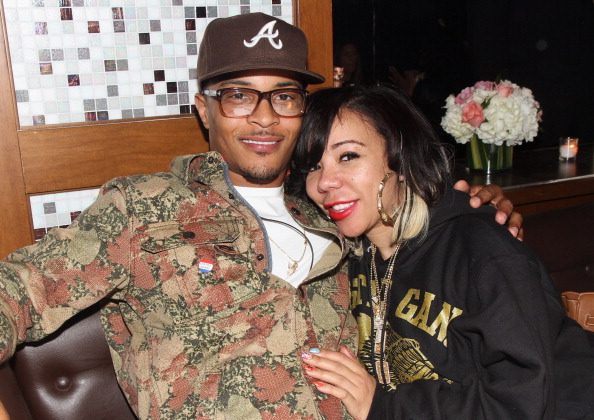 TI and Tiny Harris–the VH1 stars who are appearing in the latest season of their show “Family Hustle,” which came back Monday–were again referenced in the same breath as Floyd Mayweather.

A few months ago, Mayweather got into an altercation with TI, apparently over his wife, Tiny. After that, several weeks of rumors popped up, saying the couple was slated to get a divorce or were going to separate.

On Wednesday, 50 Cent–who is currently in the middle of a feud with Mayweather–posted a letter on Instagram, again making fun of the boxing champ’s reading comprehension.

He intentionally misspelt words like “lub” for “love” and “T.eye” as “TI.”

“Champ could read, he could read,” he told New York’s Power 105 on Tuesday. “I don’t want to hurt him Ang, but he does things that agitates me. He does things to aggravate me a little bit. I look at him like he my little brother too, like my younger brother but he’ll pick at me like, You ain’t bigger than me.”

He added: “I know so much that you should never play with me, he knows better Ang. There’s so many things that I can do to him, [things I could] just talk about that people will look at him completely different after that,” according to MTV.com.

But he stipulated that he’ll never attack Mayweather’s success in the ring.

“He’s one of the best fighters in our actual time,” he added. “I never try to discredit what he’s worked for.”

According to Deadline.com, VHI has confirmed there will be eight episodes of a “T.I. & Tiny: The Family Hustle” spinoff.