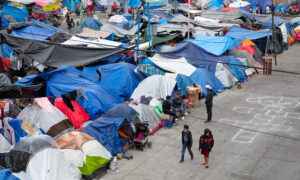 The Migrant Crisis: A View From the Other Side of the Border
0
Share Now
TelegramFacebookTweetEmailTellMeWeReddit
Copy Link 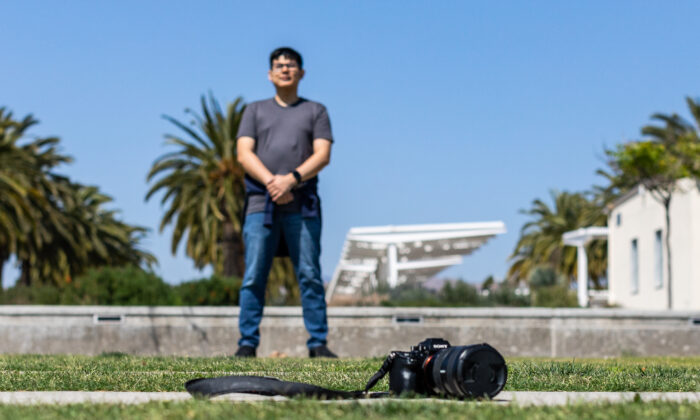 Through the Silence: The Special Eye of a Photographer Without Hearing

Looking around, most people would see a lifeless parking lot dotted with orange cones and tables. But the 28-year-old American-Filipino, who is deaf, focused only on the opportunity to tell a story—one picture at a time.

Uy has turned his lack of hearing into an advantage by focusing on capturing moments in time.

“The moment you click the photo, there is no way to dial the time back,” Uy told The Epoch Times. “That nanosecond ago as you are reading now is already the past. We are all constantly slipping into the blur of the present and the future.”

Uy’s journey led him to the United States from the Philippines—and to the top of his field—through perseverance and determination. Rather than allow it to hold him back, Uy made his condition part of his strength.

By overcoming the odds, and with the encouragement of his instructors, Uy has risen to the top of the photojournalism field.

The Device That Changed His Life

Uy was born without the ability to hear.

“My mom found out a few months after I was born, when she noticed I wasn’t responding to her call—except when she was in my view,” he said.

As a youth, he shuttled back and forth between the Philippines and the United States, but neither the cultural divide nor his deafness hindered him from making new friends and experiencing different customs.

Uy learned to multitask—adjusting to hearing aids, reading lips, and focusing on facial movements. Those skills allowed him to become a keen observer of the people around him, a core ingredient to good photography.

At the age of 13, Uy received a cochlear implant. The device provides him with a modified sense of hearing.

Uy noted that when he first received the device in 2006, it changed his life—and his work. He said that the device allowed him to hear certain sounds for the first time. Previously, he couldn’t differentiate some sounds with hearing aids alone, such as “s” and “sh.”

“It’s hard to describe the sound I am hearing, because I never experienced what real sound is supposed to be like. It is like asking the blind to describe the color they never saw,” he said.

He compared the change to immediately “upgrading from standard definition to high definition.”

The Importance of Education

Uy said an American education provided him with an opportunity to be inspired by other deaf individuals who have made significant impacts in modern history—including Mrs. Leingang, his fifth-grade teacher and first deaf instructor.

“[She] taught us the history of famous deaf people,” he said. “After that, I went out for a recess period, where it then struck me—the meaning of the word ‘deaf,’ as in the person who cannot hear. I laughed at myself upon that realization, because for the whole time, I never saw the difference between my deaf and hearing friends.”

Uy discovered a passion for the arts in the early 2000s. He said his interest in photography and video production grew slowly, and he “slowly transitioned from drawing to documenting memories” after receiving cameras from his parents to capture his travels.

His first memorable photo came about accidentally, he said.

“My papa gave me an Olympus camera in Hong Kong, where I took my first shot of young strangers in love under the streetlamp at night,” Uy recalled.

“They were across from a McDonald’s where I was sitting. It was unintentional on my part, as I was testing the camera. As I deleted it, I was charmed by how raw and humanizing it looked.”

At the time, photography remained a hobby and he didn’t pursue it professionally, Uy said. But then, when he was a sophomore in high school, an art teacher, Mr. Boyd, approached him in front of the school building while he was waiting for his parents to pick him up.

“I was fidgeting with my camera just to pass the time. He approached me to remark that I was always seen photographing some activities and events in school,” Uy said. “He asked if I would be interested in joining his journalism yearbook class.”

Instructors throughout his life would continue to push him in that direction.

While completing his studies at Biola University in La Mirada, he said the professors from the school’s Visual Media program were a big part of the reason that he decided to use cameras to document life. He mentioned one particular “foundation of journalism” class taught by Michael Longinow.

“I remember in one of his lectures, he mentioned how it is important for journalists to be the voice for the voiceless … bringing out the light in the darkness and exposing the truth within,” he said. “Somehow, that statement stirred within me, and solidified my passion for photojournalism.”

The university would continue to guide him toward a professional career in photojournalism. He credits two other professors, Tamara Welter and Mike Kitata, with helping cement his passion to seek the truth in his future work and share stories with his cameras.

Upon graduation, Uy encountered the challenges of finding steady photojournalism work, just as newsrooms across the world were transforming into smaller teams.

Being a deaf photographer exacerbated the challenging search for work in both the United States and the Philippines, he said.

“Getting a job as a deaf photojournalist is difficult, especially in the U.S. I was turned away at every interview after learning that I was deaf,” Uy said.

“Most answers I heard were, ‘I’m sorry, we can’t accommodate you, as we don’t have the facility for that,’ or ‘I don’t think you’ll fit in our workplace, but I hope you’ll find someone who can take you.’”

He hoped potential employers would look beyond his disability and see what he could do as a photojournalist—but Uy noticed that his subjects reacted differently once they discovered his hearing challenges.

Uy learned to read lips at an early age and is a keen observer—skills he uses to overcome any barriers in his work. He values making people feel as comfortable as possible, engaging in conversations while pursuing facts.

“I tend to work with other writers who can ask questions while I do my photos or videos at the same time. [But] I keep the conversation flowing and make the subjects feel comfortable because of my hearing difficulty,” he said. “I don’t feel stiff. I just converse normally, as you would do with a friend.”

“Deaf communities have their own culture and language that is very different from the hearing community,” he said.

“In line with my belief in God, photography will help show that beyond our differences, we share our same humanity. We celebrate and we grieve. We dream and we fight. We breathe and we move. We are deaf to their sound as much as they are deaf to our silence.

“Photography reveals all the rawness and true self of our souls. Deaf, blind, mute, autism, and all other forms of disability are in the same body of humanity with the abled.”

Uy’s constant travels back and forth to Asia have given him the opportunity to experience major contrasts in cultures and gain international work experience.

In 2016, he put his videography skills to work as an intern cameraman for CNN Philippines, as part of the award-winning “Profiles” team. Since then, he has contributed his unique vision to publications in both the United States and the Philippines.

His experience provides him a unique view of the world.

“I tend to shoot in different perspectives, like from a low angle to overhead. I also generally take candid photos more than posed shots,” he said.

Between 2018 and 2020, Uy worked for the European Chamber of Commerce–Southern Mindanao Business Council. Covering the group’s meetings and gathering on-the-ground photo content for their documentation led him to the opportunity to work as a photographer for the Filipino government.

He turned it down.

Though grateful for the offer, Uy’s determination to remain nonpartisan in his journalism led him to ultimately decline the position. He wanted to concentrate on people instead.

“I want to capture the raw soul of their humanity as it is: every tear of their joy and sadness, every embrace of love and grief, every form of celebration and rage. That’s what makes them truly human in the eyes of man and God,” he said.

There’s no surefire path to becoming a photojournalist, Uy said, especially without an alert sense of hearing. He prefers to define his own journey with an old Filipino saying, “Bahala na.”

“It’s a Filipino saying which is the equivalent of ‘Whatever will be, will be,’” he said.

“Whatever truth I may find in the darkest corner of our society, I pray it may inspire people to come out and make meaningful change for the good of their community.

“That’s why I love taking pictures and being the witness in this present moment of history. And to be the voice for the voiceless, as well as capturing the untold extraordinary stories of ordinary people.”