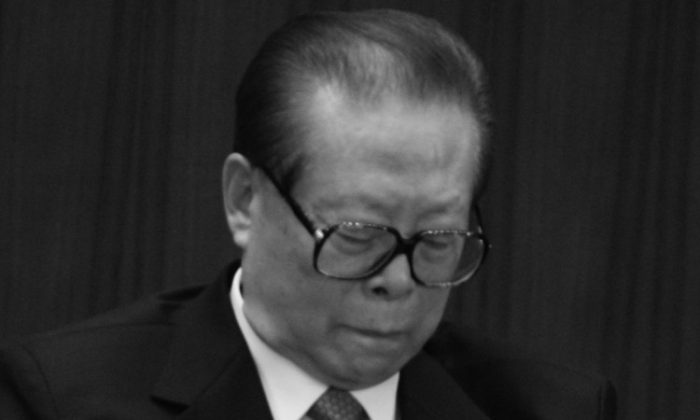 With a daring move, outgoing head of the Chinese Communist Party (CCP) Hu Jintao has sought to succeed in what had eluded him for 10 years: freezing former Party head Jiang Zemin out of power. Analysts say Hu’s move won’t make reform more likely or save the Party from failing.

According to regime mouthpiece Xinhua News Agency, on Nov. 16 during an extended meeting of the Central Military Commission (CMC) Hu Jintao officially handed over to new Party head Xi Jinping the chairmanship of the CMC—the command of the People’s Republic of China’s armed forces.

If Hu Jintao had followed the precedent set by Jiang Zemin, Hu would have held onto the chairmanship for two more years, ensuring his personal power inside the Chinese regime.

At the meeting, Xi and Hu traded compliments. Xi said that Hu “voluntarily” asked not to serve as chair of the CMC. Hu’s “important decision fully embodies his profound thinking of the overall development of the Party, country, and military” and “the decision also embodies his exemplary conduct and nobility of character,” Xi said, according to Xinhua.

Hu described his successor as a “qualified general secretary” of the Central Committee and a “qualified chairman” of the CMC, the report also said.

On Nov. 14, before the official announcement was made, Japan’s Asahi Shimbun newspaper quoted Party sources as saying that the decision to approve Hu’s complete retirement was made at a Nov. 11 internal meeting of high-ranking party officials.

Another decision made at that meeting was a systematic ban on intervention in the political sector by retired leaders, Asahi’s report said.

The move is seen as an attempt to end political rule by party elders by proceeding with the implementation of stricter party personnel rules, the report said.

Hu said he would fully retire if two conditions were satisfied: that all high-ranking Party officials would not intervene in politics once they retired and that no exceptions would be allowed for personnel matters, including the CMC chairman’s post, according to the report.

Party sources were in agreement that a major aim of the move was to eliminate the influence of Jiang, who has continued to influence political decisions even after retiring from all of his top positions, the report said.

Hu’s complete retirement—his simultaneous retirement as head of the Party, the government, and the military—has cleared the way for his successor Xi by preventing Party elders, including Jiang Zemin, from using any excuse or channel to intervene in politics, according to a commentary published in Hong Kong’s Oriental Daily.

Xi was probably expressing sincere appreciation in saying that Hu’s decision “embodies his exemplary conduct and nobility of character,” the article said. This also showed Hu and Xi’s discontent toward Jiang Zemin’s clinging to power.

Five of the seven-member Politburo Standing Committee—everyone but Xi Jinping and Premier Li Keqiang—will reach 68 years of age in five years and must retire. The vacated posts will be filled by loyalists of Xi and Li, and Jiang Zemin’s influence will then completely fade away, according to observers.

Political commentator Cao Changqing said Hu made the daring move because he is confident that Xi will show him due deference. Hu’s complete retirement is merely a power play that has no significance for political reform, according to Cao.

Heng He, a political commentator for the Sound of Hope (SOH) Network and New Tang Dynasty TV had predicted earlier that Hu would retire completely. Heng told SOH that it is not the CCP’s set rule that a retired Party head would remain as chairman of the CMC. There is only one such case: Jiang Zemin.

According to Heng He, Jiang retained control of the military for another two years after Hu became Party head in 2002 because Jiang wanted to make sure that his policy of persecution against Falun Gong would not be altered and that he would not be held accountable for the crimes he had committed.

Hu Jintao does not need to retain power because he has no special ideological theories or policies he needs to implement from behind the scenes, Heng He said.

After Hu took power, Jiang continued to intervene from behind the scenes and eventually formed a second Party center through the security apparatus. The coup plot by former Chongqing Party head Bo Xilai and head of domestic security Zhou Yongkang that Hu Jintao discovered in February, after Bo’s former police chief Wang Lijun was interrogated, emerged from this second Party center, Heng He said.

In order to save the Party, Party leaders outside of Jiang’s faction wanted the second Party center to end, Heng He said. However, this remedy will only have a temporary effect and won’t extricate the Party from the plight it is now facing.

Even if complete retirement of a Party head becomes the norm, it will have no impact on the CCP’s future, Heng He said. The Party’s days are numbered and it can’t possibly survive another 10 years and have another leadership change.