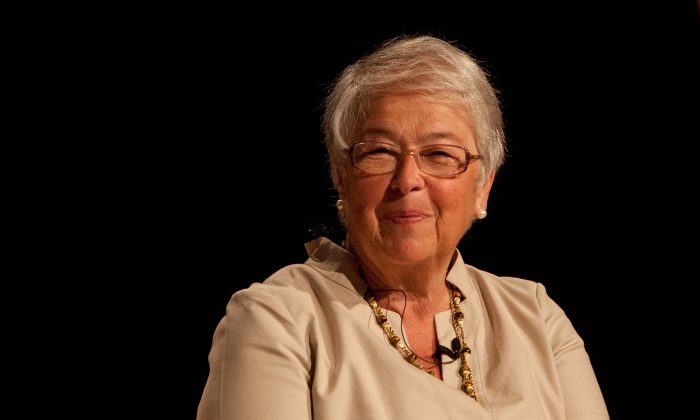 NEW YORK—The city will judge success of its massive expansion of prekindergarten by the results three years from now, when the children reach 2nd grade, Schools Chancellor Carmen Fariña said Tuesday. Other measures, such as attendance, will be used as well.

Prekindergarten for all is a primary initiative of Mayor Bill de Blasio, increasing full-day access from about 20,000 last year to some 50,000 this September. The mayor dubbed the offering “high quality pre-K,” but so far it’s not clear how he will learn whether or not the quality has been achieved.

“In this profession, you don’t get results overnight,” Fariña said at a conference on early education, at Preschool Nation, in Manhattan, when asked how she would demonstrate the pre-Ks’ results.

“My goal right now as chancellor is to see the ultimate success by second grade,” she said. “All children at the end of second grade should be on grade level.”

That brings up a question about what “grade level” means, since last year’s state tests deemed only a third of 3rd graders to be on grade level in math and just over one in four in English.

The Education Dept. didn’t immediately respond to a request for comment.

Some outcomes of pre-K will be assessed early on, most prominently attendance. Fariña said one of the problems is parents see pre-K as a “gift” and not as an obligation. She would like to see better attendance in early grades and would consider that a success of the pre-K initiative.

But Fariña was unclear on how the pre-K teachers will be evaluated, only saying her department is looking at many ways of evaluating teachers and there will be a “definite written evaluation.” She said the quality will rely on training. “[Professional development] to me is the most crucial thing,” she said.

The city’s Education Department runs trainings for new pre-K teachers throughout the summer. Pre-K will also have coaches going from school to school offering advice throughout the year.

New teachers will be visiting classrooms of their experienced peers too. “We actually know where some of the model classrooms are,” Fariña said.