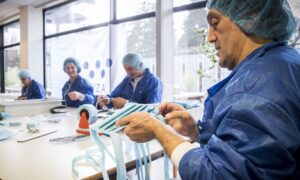 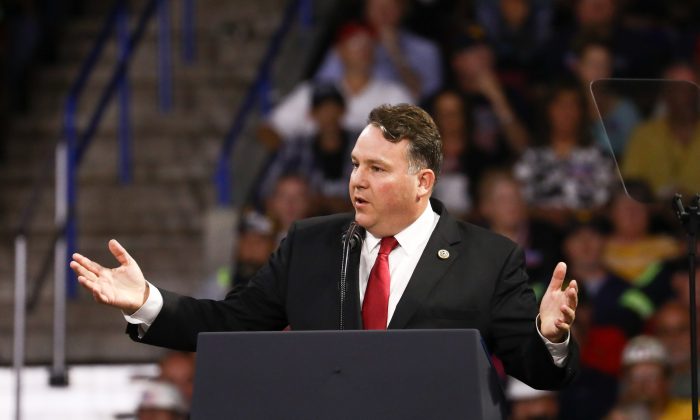 Three West Virginia House members will likely be battling for two seats as a declining population means the state is set to split into two congressional districts, down from the current three.

West Virginia’s long population slide cost the state its third congressional seat, according to U.S. Census Bureau data released in April. Statistics show that over the past decade its population fell by 3.2 percent—the largest drop across the United States.

The census data delivered the latest blow to a state where the coal industry’s demise has had a shattering effect on the economy. West Virginia’s resident population dipped to 1,793,716 in 2020, down nearly 3.2 percent from 1,852,994 in 2010. The state once had six House seats, but the delegation has been shrinking since 1960.

The state’s three current House members, all Republicans, told the Washington Examiner in a joint statement that they all plan to seek re-election for the 2022 election cycle.

“At this time, we all plan to seek re-election to Congress. Once the West Virginia State Legislature meets in the fall and redraws the congressional maps, we will consider the issue again at that time,” Reps. Carol Miller, Alex Mooney, and David McKinley said.

McKinley has not faced a primary opponent since first winning his congressional seat in 2010. He is from Wheeling, in the state’s northern panhandle, and is a former state legislator who ran for governor in 1996.

Mooney, a former Maryland state senator, was elected to his seat in 2014 and lives in Charles Town, a bright spot of growth that’s about an hour and a half drive from Washington.

Miller was elected in 2018 and represents the 3rd Congressional District. She took 70 percent of the votes against her Democratic challenger last year.

“West Virginians have seen too many neighbors, friends, and family members leave our state,” Miller told The Associated Press in a statement. “My mission to make West Virginia the best place to live, work, and raise a family will continue just the same after the census data is released.”

Members of the Senate and House redistricting committees will host public hearings across the state this summer to hear feedback on redrawing political lines.

A special session is expected to convene on the matter later this year.