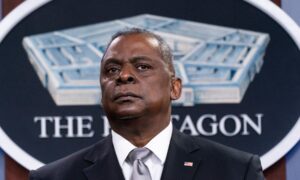 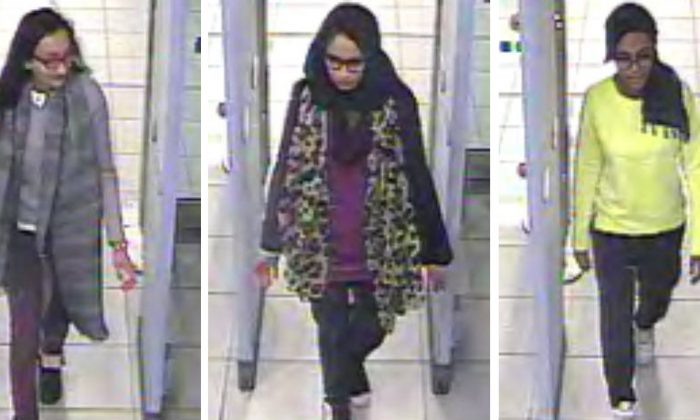 Kadiza Sultana, 16, left, Shamima Begum,15, centre and and 15-year-old Amira Abase going through security at Gatwick airport, before they caught their flight to Turkey. The three teenage girls left the country in a suspected bid to travel to Syria to join the Islamic State extremist group, Tuesday Feb 17, 2015. (AP/Metropolitan Police)
Middle East

The three teen girls from the U.K. have apparently arrived at an ISIS Sharia camp in Raqqa, Syria, says a report.

The activist group, Raqqa is Being Slaughtered Silently, reported that the teens—Amira Abase, 15, Kadiza Sultana, 16, and Shamima Begum, 15—arrived in Raqqa, the ISIS stronghold in Syria. They’re now living within the ISIS, or the Islamic State in Iraq and Syria, training grounds.

“A lot of Questions is coming to our campaign about the 3 British girls,” Raqqa is Being Slaughtered Silently tweeted on Sunday. “We want to confirm that we know” that “the girls [are] in #Raqqa.”

“They are in a Camp for Sharia but We do not care a lot about this … Every day dozens of foreigners come to #Raqqa,” it added.

Meanwhile, Sky News reported that the girls were in Syria, according to its sources.

“We are told by … good sources within the city of al Raqqa that they are there, that they are safe,” Sky News said this weekend. “They’re now apparently in a house that is owned or controlled—or at least hosted by—a British girl who had been in contact with them through the internet, and had brought them through Turkey and into Syria.”

Families of the three girls described to The Guardian the nightmarish state of their lives, saying they didn’t know the girls were radicalized.

Hussen Abase, the father of Amira, said he’s “like a dead man walking” after his daughter disappeared.

According to the BBC and other U.K. media outlets, relatives of the three criticized police for not giving them “vital” information before the girls went missing.

Renu Begum, who is the sister of Shamima, told the Guardian: “We would have been able to prevent it if we knew there was a terrorism investigation by SO15 [Scotland Yard’s counter-terrorism command]; it would have made us know how serious it was … We were not in the loop, we were kept in the dark.”