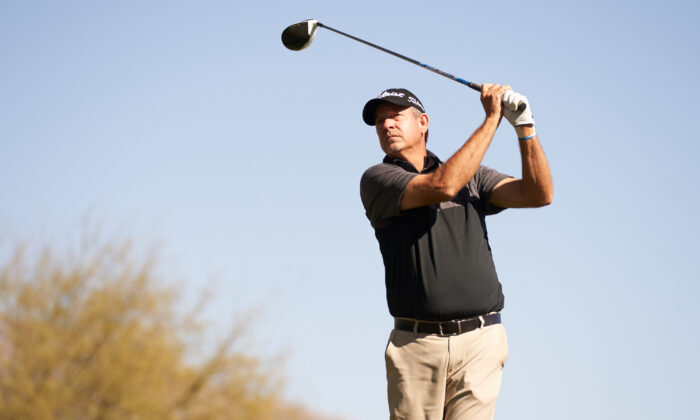 Bart Bryant of the United States plays his tee shot at the 18th hole during the first round of the 2018 Cologuard Classic at Omni Tucson National Resort in Tucson, Ariz., on March 2, 2018. (Darren Carroll/Getty Images)
Golf

Bryant was 41 and making his 187th start on the tour when he claimed his first title at the Valero Texas Open in 2004. The following year, he won at the Memorial Tournament and defeated Tiger Woods by six strokes at the Tour Championship.

The Texas native won twice on the PGA Tour Champions. Bryant’s victory at the 2013 Dick’s Sporting Goods Open made him the senior tour’s 1,000th winner.

“The PGA TOUR is saddened by the tragic passing of Bart Bryant and our hearts go out to his family and friends during this difficult time,” PGA Tour commissioner Jay Monahan said. “The Bryants have been a part of the PGA TOUR family for over four decades and we are grateful for the impact and legacy he made on our organization and countless communities. Bart will be dearly missed.”

Bryant climbed as high as No. 22 in the world rankings in November 2005. His best finish in a major was a tie for 23rd at The Open Championship at St. Andrews in Scotland in 2005.