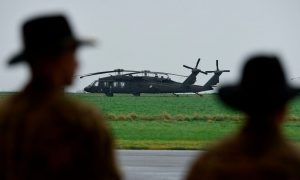 US Soldier Killed in Helicopter Crash in Afghanistan Is Identified
0 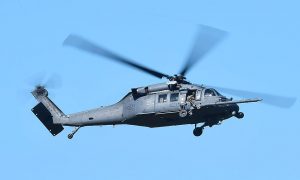 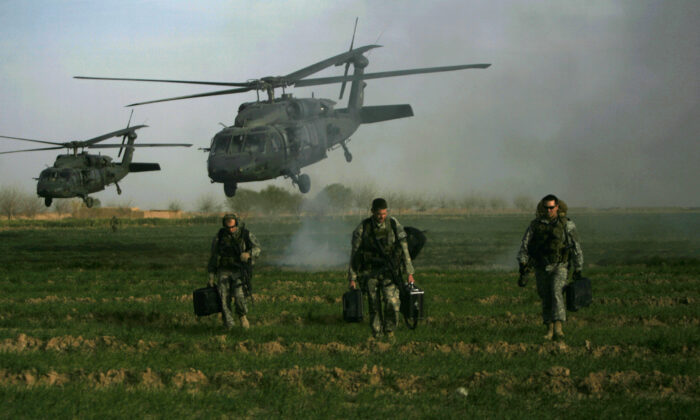 Gov. Tim Walz announced the death of 3 soldiers in a helicopter crash in central Minnesota, at a press conference on Thursday night.

The UH-60 Black Hawk disappeared 9 minutes after its departure for a test flight and was soon found wrecked in between trees about 16 miles from St.Cloud, according to Fox News.

“As governor and citizen of this great state and a veteran of the Minnesota National Guard, my heart breaks for the family, the friends, and the fellow soldiers,” said Walz. “On behalf of all Minnesotans, we offer our deepest sympathies to the families of these warriors. Words will never ease the pain of this tragic loss and the state of Minnesota is forever in the debt of these warriors.”

Information on the cause of the crash is “preliminary,” according to Walz, and the Army Safety Center investigators from Fort Rucker in Alabama will be investigating details on the scene on Friday.

The UH-60 Black Hawk was conducting a maintenance test flight, taking off from St. Cloud Aviation Facility at 1:55 p.m. Just 9 minutes after takeoff, the copter sent an emergency “mayday” alert and lost contact since.

Dave Tannehill was among the first to take a flight to help search for the missing crew and brought along “extra sets of eyes” to help look, Star Tribune reported.

“We were hoping to find a helicopter sitting in the middle of a field with a couple guys standing next to it looking for a ride. But not lucky enough to find that,” he said.

UH-60 Black Hawk had crashed at 2:15 p.m. near Pearl Lake Lodge in Marty, Minnesota, according to the outlet, adding that the crash showed extensive wreckage.

Allegedly, there were at least to witnesses at the scene who reported that the copter “went down hard”. But they had not witnessed any fire or smoke when it went down.

“It was bad news for everyone,” Tannehill said.

The names of the 3 soldiers will be released after their families are notified.