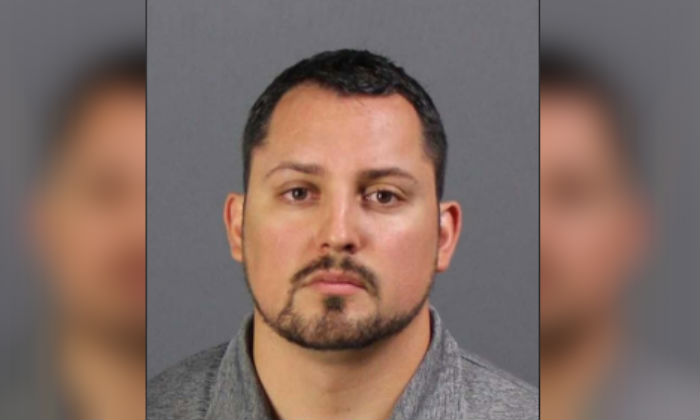 A 14-year-old Colorado student who told school leaders she had been sexually assaulted by a teacher was suspended, and forced to apologize to the accused teacher and hug him, according to a Wednesday, Jan. 10 indictment.

When the teenage student at Prairie Middle School told school officials in 2013 that a social studies teacher, Brian Vasquez, had sexually abused her that year, the staff decided to launch their own investigation into the accusations instead of telling local police, the Aurora Sentinel reported.

The school-led investigation included questioning the girl while Vasquez was in the room.

The trio of school officials allegedly told the unnamed girl that her claims could damage Vasquez’s family and career, and that he was a “valued teacher.” After that, she retracted the accusations and was eventually suspended for lying.

Vice Principal MacIntosh claims she has no recollection of the student (referred to as “CV” or “child victim” in the indictment) reporting the alleged assault.

“MacIntosh further claimed that she could not remember her involvement in any aspect of the disciplinary process resulting in CV’s suspension from school, even when presented with official documentation from the school district bearing her signature, and confirming her presence the meeting with CV,” states the indictment, obtained by the Aurora Sentinel.

At the time, Aurora Police Chief Nick Metz said at a news conference, “We believe there may be additional victims either at the current school where this teacher is employed or past schools where he was previously employed,” Fox 31 reported.

The 34-year-old has a history of molesting his students and faces 37 counts relating to sexual contact and sexual communication with teenage girls, including raping a 15-year-old student in 2016 and 2017 and exchanging graphic images with a 15-year-old in 2015.

If true, the recent indictment could explain why he had not been caught earlier—it appears that school leaders were helping him conceal his actions.

Cherry Creek Schools Communications Director Abbe Smith sent a statement to KMGH-TV about the indictments that read: “We are aware of the indictments. The two individuals who are employed with Cherry Creek Schools, Prairie Middle School Principal David Gonzales and Assistant Principal A.J. MacIntosh, have been placed on administrative leave pending the outcome of the court proceedings. We will continue to cooperate fully with law enforcement and the District Attorney’s Office.”

Somers, who is named in the legal proceedings, no longer works for the district.