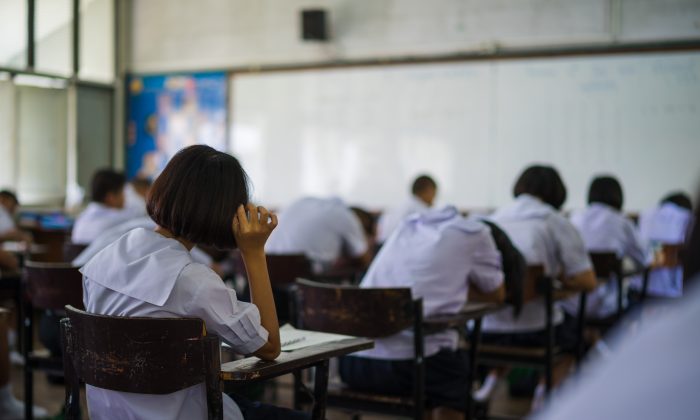 Three Pennsylvania teachers have been hit with a lawsuit after they allegedly bullied a fifth-grader with a diagnosed condition.

The bullying was revealed when one of the teachers, the girl’s math teacher, left a voicemail with the girl’s mother but forgot to hang up. The resulting conversation between the teacher and two other teachers featured them disparaging the girl at length.

At one point one of the teachers says the girl has “no strengths,” with another adding: “She could be a good coal miner.”

One of the teachers also says the girl has “crooked teeth” at one point.

“It was very difficult for me to tell my child, who has been bullied by her peers for years, that she was now being bullied by her teachers,” mother Beth Suhon told ABC13 on Jan. 1. The lawsuit was just filed, although the call took place in 2015.

The girl had been diagnosed with Turner syndrome, which according to the NIH, leaves some affected females with extra folds of skin on the neck, general swelling, and kidney problems. Most of those with the syndrome are short, many are unable to give birth, and most do not undergo puberty unless they receive hormone therapy.

“The mockery, laughter and derision voiced by the three educators in the voicemail recording is unconscionable… [i]t is nearly unfathomable, and frankly heart-breaking, to gauge that the speakers on that recording are educators working with 10 year old children, and are particularly discussing some of those children who clearly have significant disabilities,” the judge wrote.

At least one of the teachers who is accused still works at the school.