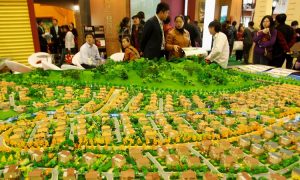 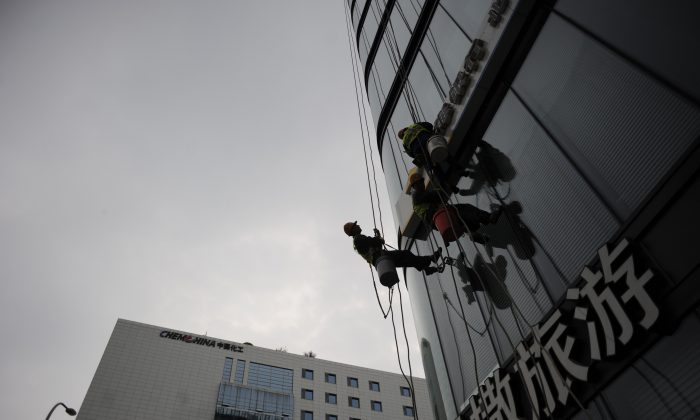 Myth No. 1: China is well on its way to surpassing the U.S. economically
By Derek Scissors

Reality: China is far from surpassing the U.S. and can do so only if helped by our failures.

Chinese GDP figures released on July 15 beat expectations, with growth reaching 7.5 percent year over year in the second quarter of 2014. Economists expected 7.4 percent. Most people believe China will overtake the United States as the world’s most powerful economy if this growth continues. Not so fast, say Dean Cheng and Derek Scissors of the Heritage Foundation.

This is the generative myth, from which the others flow. In less than a generation, the world economy is supposed to have a new leader. China will purportedly be bigger than the United States, the first time the American economy has not topped the world in well over a century. This is said to follow just by projecting Chinese and American GDP growth forward.

This is wrong on multiple counts. First, GDP is not nearly as important as commonly thought. It is not a measure of economic well being, it is misleading measure of annual domestic output. It discounts imports, no matter how vital they are, and counts government borrowing as always positive, because only the current year is relevant. Because it is merely an accounting device, changes in GDP do not cause anything—employment, inflation, nothing.

One year of production is not “the economy.” A much superior notion of “the economy” is the stock of national wealth—all the assets we have accumulated over time. The stock of American private wealth in 2012 was about $70 trillion. Using the same methods as with American wealth, the stock of Chinese wealth is $20 trillion–$25 trillion, through government ownership of assets and control of prices make that a very rough estimate. The absolute size of the gap between the United States and China may approach $50 trillion. It would take decades to erase.

One obvious reason is demography. China was a young country with an expanding labor force when market-oriented reform was initiated in 1978. The two factors fed each other: the market found opportunities for all and the raw number of workers pushed the rate of economic expansion higher. Now China is middle-aged and headed quickly toward old. The number of people age 60 or higher is expected to double from 2010 to 2030, past 350 million. Even the most brilliant policies will be less successful under these conditions.

The same is true for physical resources. Relentless demands from urban development and heavy industry have erased arable land, polluted water, and overwhelmed local supply of energy and metals. Imports are available, but China’s own stock of resources has been depleted and water shortages, especially, cast a shadow over sustainability.

Other sources of economic growth are capital and innovation. China reports investment spending $1.5 trillion higher than the amount of investment that actually contributes to annual GDP. Some of that is due to accounting differences but hundreds of billions of dollars are wasted annually. Across a range of sectors, Beijing mandates that state-owned enterprises must lead. This leaves neither them nor the small private firms that might challenge them much incentive to innovate.

America is richer now, will be younger soon, has more in the way of resources, and is more innovative. China will not close the wealth gap unless we squander our advantages with irresponsible fiscal, monetary and regulatory policy.

This is Part 1 of an abridged three-part series. Originally published at heritage.org.