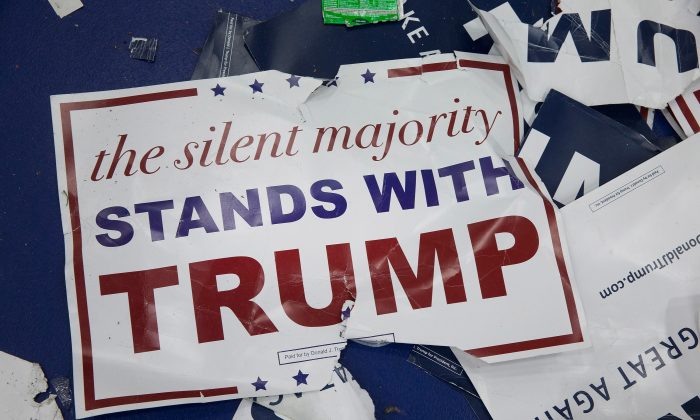 Three Hispanic men have been arrested and charged for trespassing after trashing the Trump poster of a Georgia homeowner and flashing a handgun at him, WRCB TV reports.

One of the men had grabbed and trashed the Trump for President yard sign belonging to David Grant, who told the men to put the sign back.

“He said you are about to get a cap popped in your [expletive]! Then he started patting his stomach and then showed a handgun,” Grant told WRCB TV.

Fortunately, Grant’s neighbor saw the encounter and retrieved a gun from his house to defend Grant.

“He runs in the house and comes back out with his pistol and says: ‘Nobody is shooting him,'” Grant said.

The three men said some words at Grant in Spanish before fleeing, but they were later found by the police.

“The person who picked up the sign is charged with trespassing. That’s for damaging the sign. The gentleman with the gun is facing an aggravated assault charge,” said Grant.