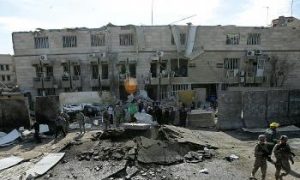 Wave of Bombings Continues in Baghdad
0 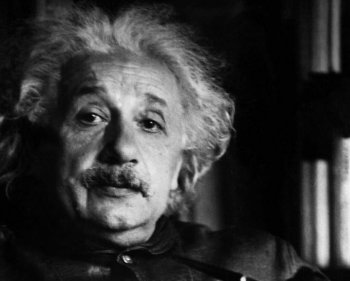 Nicole's perfect score means she's one of the top one percent in intelligence worldwide, ranking even above luminaries like Einstein. (AFP/Getty Images)
Beyond Science

In three key areas, the essential problems share the common issue of a paradox. At the heart of modern physics, the uncertainty principle persists even in more advanced theories beyond quantum mechanics. In formal logic, the best-known tool of modeling human reasoning and understanding quickly falls into paradox. Even in philosophy, which still plays an essential role in advancing modern sciences such as physics, dualism and paradox are inescapable in rational deductions about the nature of the universe.

Of course, modern science will continue to make advances in physics and less hard sciences like biology. However, certain fundamental issues cannot be resolved with more time and research. These limitations may suggest that the starting point of modern science, which forces the universe into a box, may be seriously flawed.

In this multipart series, we begin with physics.

The Beginning of the End of Classical Mechanics

When a piece of matter is heated, it starts to glow, gets red hot, and at higher temperatures becomes white. For a long time, known laws of radiation and heat failed to account for this common phenomenon. German physicist Dr. Max Planck, who is considered the founder of the quantum theory, struggled to provide a physical interpretation of the phenomenon at the atomic level.

Finally, after some intense work in 1900, Planck reluctantly concluded that a radiating atom can emit only discrete quanta of energy. He was reluctant about this conclusion because it goes against the well-established laws of classical physics which does not impose a fixed constant on levels of energy.

Later, Planck’s conclusion about the quanta of energy became an important foundation of quantum theory, and it was only the beginning of conflicts between the quantum theory and the more sensible classical theory of Newton. Classical mechanics is closely related to our everyday experience of the world. However, atoms and subatomic particles seem to have mysterious characteristics that are very different from our ordinary experience of the world.

The Rise of Quantum Mechanics

From persisting anomalies and accumulating experimental data, which contradict classical mechanics, physicists were forced to make a radical departure from the classical physics of Newton and venture on a long and winding road toward quantum mechanics.

Another German physicist, Dr. Werner Heisenberg, who discovered the uncertainty principle, said in his book “Physics and Philosophy: The Revolution in Modern Science,” “I remember discussions with Bohr which went through many hours till very late at night and ended almost in despair; and when at the end of the discussion I went alone for a walk in the neighboring park I repeated to myself again and again the question: ‘Can nature possibly be as absurd as it seemed to us in these atomic experiments?'”

Nevertheless, in spite of conceptual difficulties, quantum mechanics has become one of the most successful formalisms in modern science. In principle, quantum mechanics can describe the myriad of physical phenomena and chemical properties of matter to an incredible accuracy. And its applications greatly influenced the development of our modern, technological society.

Dr. Michio Kaku, a professor of theoretical physics at City College of New York, in his book “Beyond Einstein: The Cosmic Quest for the Theory of the Universe” wrote: “The consequences of quantum mechanics are all around us. Without quantum mechanics, a plethora of familiar objects, such as television, lasers, computers, and radio, would be impossible. The Schrödinger wave equation, for example, explains many previously known but puzzling facts, such as conductivity. This result eventually led to the invention of the transistor. Modern electronics and computer technology would be impossible without the transistor, which in turn is the result of a purely quantum mechanical phenomenon.”

The enormous success of quantum mechanics comes from its formalism that accurately describes a myriad of phenomena of microscopic things, but it is also in that microcosm where quantum mechanics has fundamental limitations.