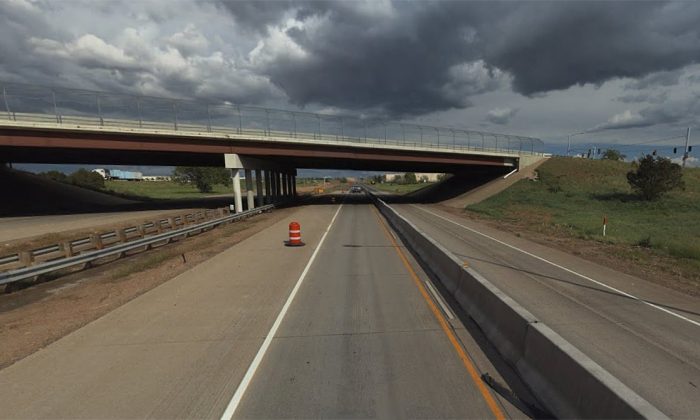 The accident scene on Interstate 70 and Tower Road in Aurora. (Screenshot via Bing Map)
US News

An 86-year-old man and his 96-year-old passenger, as well as a third person are dead after the man drove the wrong way down I-70 outside Aurora, Colorado, on Christmas night and collided with a pickup truck.

Trooper Josh Lewis of the Colorado State Patrol reported that 86-year-old Gerald Arnett, 86, headed west on the eastbound side of I-70 with his passenger, Betty Arnett, 96, both from Wheat Ridge.

The collision occurred around 7:30 p.m.

Both Arnetts were killed in the collision, as was Parker’s passenger, Katie Paul, 24, also from Strasburg.

Colorado State Patrol had to close the eastbound lanes of I-70 for several hours to investigate the crash and clean up the debris.