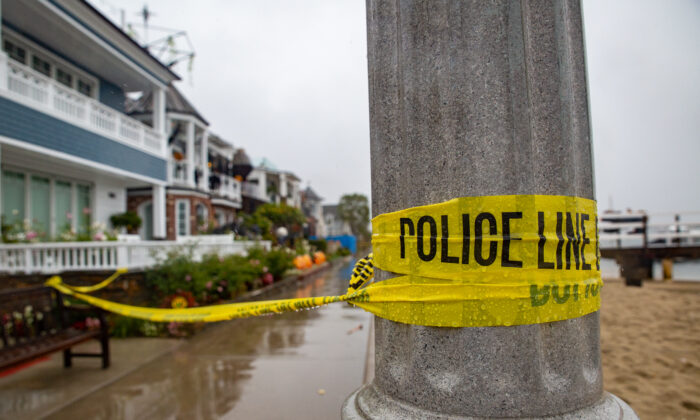 Three Dead and One Injured in Newport Beach Home

Three bodies were found and another person injured inside a Balboa Island home in Newport Beach, California, on the morning of Oct. 25.

Rain was pouring outside the home located near Diamond Ave and Bay Front Alley South on Oct. 25, hours after police received a call at 8:32 a.m. regarding the fatal incident.

One injured man was transported to the hospital. The severity of his injuries remains unknown.

Multiple police units, including HAZMAT and investigative units, were seen outside the residence that afternoon, as nearby alleyways and Newport Harbor boardwalk remained closed to traffic.

While the investigation is ongoing with no additional information available, Rangel reassured there is no threat to the community.