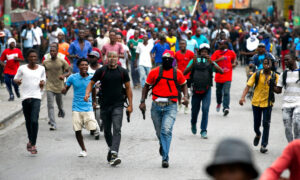 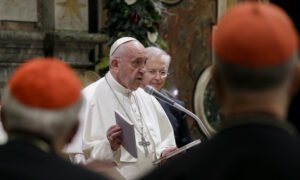 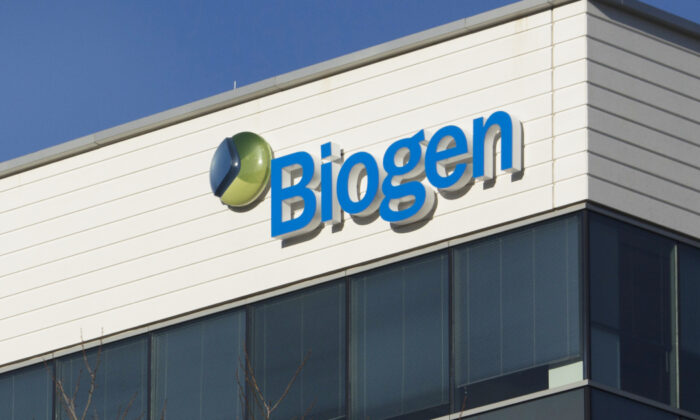 A sign for biotechnology company, Biogen, Inc. is seen on a building in Cambridge, Mass., on March 18, 2017. (Dominick Reuter/AFP/Getty Images)
US News

Three workers at the U.S.-based Biogen Inc. tested positive for the new coronavirus after attending a meeting in Boston, the company said.

The Massachusetts-based drugmaker said in a statement that some of its employees reported flu-like symptoms after the meeting in Boston last week. Three of the patients tested positive for the new virus, which causes a disease called COVID-19, while others were diagnosed with the flu.

COVID-19 has symptoms similar to the flu, including shortness of breath, fever, and coughing, health officials have said.

“At the present time, these individuals are doing well, improving and under the care of their healthcare providers,” Biogen said.

Two of the patients traveled to Boston from a state outside Massachusetts while the other two are from Europe, the company said.

Biogen has asked all workers who attended the meeting to work from home for two weeks. The company has also restricted company travel through the end of March and advised any employees feeling sick to stay home.

Biogen’s statement came after the Tennessee Department of Health (TDH) said the first patient who tested positive in the state traveled on a round-trip flight between Nashville International Airport and Boston.

Massachusetts Gov. Charlie Baker said Thursday night that the patient is an employee at Biogen.

The male patient did not show symptoms while traveling, TDH said. He is now showing mild symptoms and is isolated at his house in Williamson County. The man’s household contacts are also being quarantined and monitored for symptoms of COVID-19.

Tennessee officials are working with Massachusetts health officials, Piercey said. The Boston Public Health Commission said it was working with state officials in both states to gather information about the confirmed case.

Health officials have said worldwide data on the new coronavirus cases show around four out of five only show mild or moderate symptoms.

According to a notice sent to all Biogen employees, workers were told not to go to Massachusetts General Hospital to ask for testing for the new virus.

“You will not be tested,” management said in the email. “Hospital leaders have warned Biogen that they may need to have the Hospital Police Department intervene to prevent Biogen employees from entering the emergency room.”