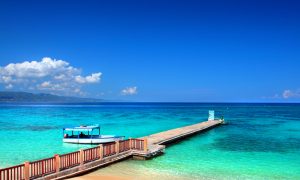 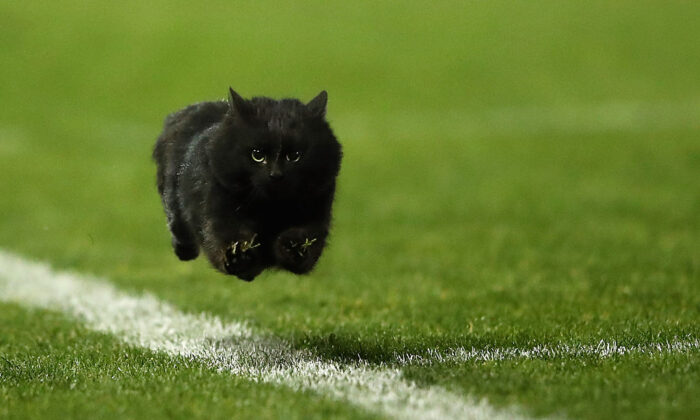 A black cat enters the field of play during the round 18 NRL match between the Penrith Panthers and the Cronulla Sharks at Pepper Stadium on July 10, 2016 in Sydney, Australia. (Cameron Spencer/Getty Images)
Australia

Each year feral cats running rampant across Australia are wiping out native animals at a rate equivalent to last summer’s bushfire disaster.

Three billion native animals are killed by the predators annually – on average more than 1100 per cat.

The shocking statistics have prompted a federal parliamentary inquiry to recommend the government fence off large tracts of land to save native animals from the feline’s predations.

“One of the great tragedies of last year’s black summer bushfires was the loss of wildlife … to think that feral cats kill more wildlife on an annual basis really put this problem in perspective.”

Pet cats are killing machines too, the inquiry found, collectively slaughtering some one million animals per day.

Feral and domestic cats combined are the major cause behind the extinctions of three quarters of all Australian mammal species lost since colonisation.

They’re the likely cause of three out of nine bird extinctions too.

“The likelihood of further losses of wildlife or even extinction is high,” the inquiry’s final report states.

It calls for the government’s approach to feral cat mitigation to be completely reset.

With around 2.8 million feral cats spread across the country, there are too many to effectively cull.

Instead the inquiry is recommending the federal government implement Project Noah, which would see feral cat-free oases created by putting up fences or ridding islands of the animals.

“Project Noah should be ambitious in its rollout and it should be implemented across a range of ecosystems,” O’Brien said.

New strategies – such as night curfews and more support for desexing – must be considered to address the threat domestic cats pose too, the inquiry said.