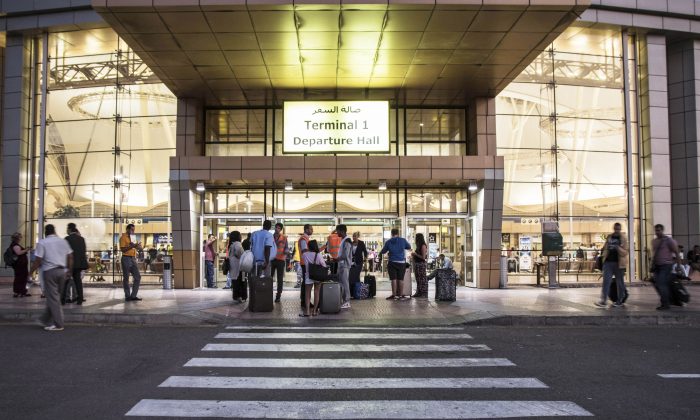 CAIRO—Thousands of Russians vacationers were heading home from Egypt on Monday aboard special planes sent by Moscow, which has suspended all flights to Egypt amid security concerns in the aftermath of the Oct. 31 plane crash of a Russian airliner that killed all 224 people onboard.

Other airliners from Britain and Western Europe also are arriving to bring their nationals home, after several countries and airlines last week suspended new flights to Egypt because of the security concerns as suspicions focused on the possibility that a bomb caused the Metrojet crash.

U.S. and British officials have cited intelligence reports as indicating that the Oct. 31 flight from the Sinai resort town of Sharm el-Sheikh to St. Petersburg was brought down by a bomb on board. Most of the 224 people onboard were Russian tourists.

Since the Russian suspension of Egypt flights was announced on Friday, dozens of airliners have been bringing Russian tourists back home, carrying only cabin baggage, while Russian cargo planes are hauling back the rest of their luggage.

Russia’s Deputy Prime Minister Arkady Dvorkovich said it would take about two weeks to bring all the stranded Russian tourists back home. Dvorkovich, who has been made the point-man for the repatriation in the wake of the Russian plane crash in Sinai, said earlier in the day 25,000 have already been brought back home since the weekend.

Russian Prime Minister Dmitry Medvedev said he does not expect flights to Egypt to resume any time soon, saying that “it will take time” to ensure safety of travelers in Egypt. He stopped short of giving a timeline for that.

Security concerns over Egyptian procedures have also gained attention in recent days. Security officials at the Sharm el-Sheikh airport have told The Associated Press that the facility has long had gaps in security, including a key baggage scanning device that often is not functioning and lax searches at an entry gate for food and fuel for the planes.

In a visit scheduled before the crash, a team from the International Civil Aviation Organization inspected Cairo’s international airport on Monday, with the checks expected to include security and baggage handling.

It was the second day of inspections for the group, a U.N. specialized agency that aims to support a safe and secure civil aviation sector, which will continue to examine the airport until Thursday.

In Moscow, the Emergency Situations Ministry said in a statement that the authorities will also be bringing over 130 tons of the tourists’ luggage on four cargo planes on Monday.

Egypt’s Ministry of Civil Aviation said that 51 Russian aircraft transferred over 11,000 tourists back to Russia on Saturday from airport in the Red Sea resorts of Sharm el-Sheikh and Hurgada.

Islamic State extremists have claimed they brought down the Metrojet flight, without offering proof, and said it was in retaliation for Moscow’s airstrikes that began at the end of September against militants in Syria.

Meanwhile, in Dubai, Airbus officials repeated that the company is confident in the safety of its A321 aircraft, including the plane that crashed in Egypt.

Airbus Chief Operating Officer for Customers John Leahy told reporters that he is “very confident in the A321’s safety record and the safety of the design.”