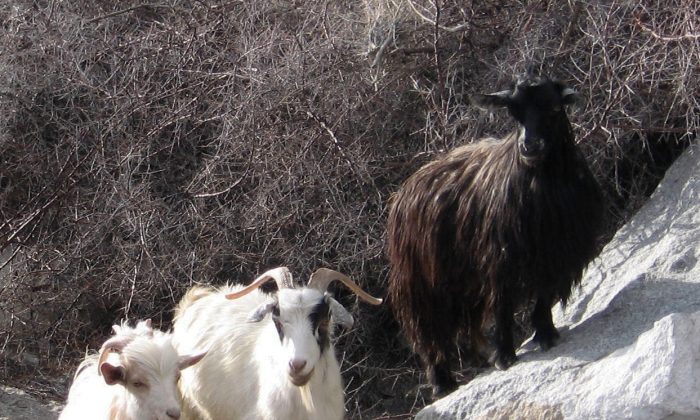 Thousands of rare goats died in Ladakh due to unusual heavy snowfall—affecting the supply of famous Pashmina wool that is six times finer than human hair.

“24,000 Pashmina goats died in February and March in Changthang region due to unprecedented heavy snowfall. They died due to hypothermia (abnormally low body temperature) and starvation as the entire grazing area got covered with snow,” said Dr. Mohammad Sharif, a district sheep husbandry officer in Ladakh.

Pashmina goats, also called Changthangi goats are a rare breed of goats geographically limited to Tibet, Changthang area in Ladakh, and high altitudes of Pakistan and Nepal. Under extreme cold conditions, these goats grow a thick woolen under coat, which is used to make world famous Pashmina shawls.

According to Sharif, there are more than 200,000 Pashmina goats in Ladakh. “The Central Sheep and Wool Development Board, Government of India, extends funds to Ladakh Autonomous Hill Development Council to buy feed and fodder for these goats.”

Ladakh is a low precipitation area and receives not much snowfall. However, according to a report by the magazine Down-to-Earth report, this year the snowfall was 121 cm, against an average of 5 cm every year, which cut off the region from the rest of the world, causing delay in fodder supply from the government. While the sprouted pastures were buried under snow, making grazing impossible.

The worst affected is the tribal community of Changpas, that greatly depends upon the goats for its livelihood. Changpas are of Tibetan ethnicity and in India are scattered in Changthang, a remote plateau in south-eastern Ladakh, bordering China.

“Some Changpas are fully nomadic, while some are semi-nomadic. They rear sheep, goats, yaks, horses, and donkeys. For the past few decades they are rearing more Pashmina goats as it fetches more money,” said Tashi Morup, the project director of Ladakh Arts and Media Organization, a local nongovernmental organization.

Earlier, the community has been affected due to the border tension between India and China—mainly because a greater chunk of the pasture land became inaccessible after the India-China war of 1962.

“The issue is [that] after Chinese invasion the size of the pastures got reduced. A major chunk of the pastures was occupied by the Chinese, particularly the winter pastures,” said Morup.

As in the month of May snow begins to melt; pastoralists have already started taking their livestock to the freshly emerging pastures. While those affected severely have government schemes to help them out of this crisis.

“Goat breeders affected will be provided goats in mini-farms (50 animals). After three years they will have to start returning 12 goats to the department every year, for the next four years. We’ll then rotate it among other goat breeders,” said Sharif.

Meanwhile, Indian government’s Ministry of Textile has announced 410 million rupees ($74,72,250) to protect Pashmina goats in Ladakh region according to a report by Indian Express, a national news media.