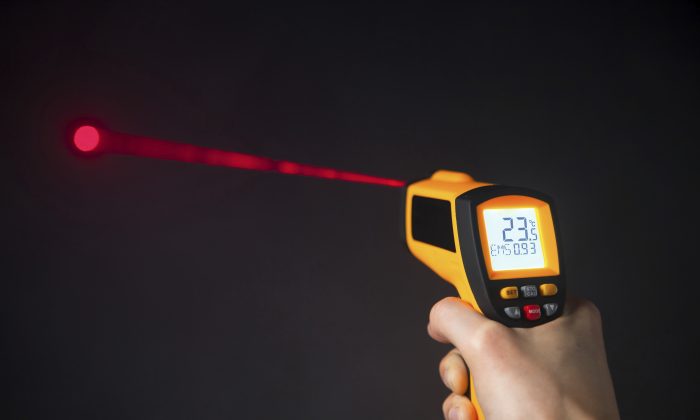 For anyone working in the aviation industry or who has traveled on a plane, the news that a Virgin Atlantic flight had to turn back to London Heathrow after one of the pilots suffered an eye injury due to a laser pointer aimed at the cockpit is distressing—but certainly not surprising. This has become a growing problem, and is especially worrying now that the lasers used vary from harmless presentation laser pointers to laboratory-strength lasers that can blind. In the United States alone, there are now more than 5,000 reported incidents a year, and more than 1,400 incidents in the U.K. Virtually all professional pilots have either experienced it themselves, or know someone who has.

The British Airline Pilots Association (BALPA), which tends towards the reactionary but certainly always has safety as its highest priority, has called for high-powered lasers to be registered as an offensive weapon. Certainly in my mind the crew did the right thing by turning back, making a “pan” call to declare an “urgency,” then terminating the flight safely rather than risk crossing the Atlantic with only one able pilot. It seems that the crew initially proceeded while they assessed the damage to the pilot’s eyes, before deciding that he wasn’t going to recover quickly and the best thing to do was land back at Heathrow as soon as they could.

The damage a laser can do to the human eye is well understood. When it strikes the eye, the parallel laser light beam is focused onto a small area of the retina at the back of the eye, where the energy intensity is sufficient to cause temporary or permanent damage. Obviously, a pilot with even temporary eyesight damage is potentially unable to safely manage their aircraft and perform a safe landing.

At the moment, we don’t know if this is a problem that can be solved. While there are goggles that can protect against lasers, these need to be adjusted to a laser beam’s frequency, which assumes you know what that is. This is fine when designing safety procedures in a lab, or even for military pilots using laser designators for targeting weapons, but no use at all in cases when the laser in question is entirely unknown. The effect of goggles that block any potential laser beam that could be out there would in effect create smoked glass goggles—not such a good idea for a pilot who must focus on details outside the aircraft and also instruments inside, particularly at night.

So clearly BALPA is right that striking aircraft with a laser should be treated as a criminal act, and certainly in the U.S. hefty prison sentences are being handed out. In Britain, while shining a laser at an aircraft is illegal, our legal system doesn’t seem to have yet properly grasped the severity of these actions and although some jail sentences are handed out, too many receive conditional sentences and token fines of just a few pounds.

It’s fair to say that all those flying an airliner prefer the U.S. approach—although everybody recognizes that in any country the police face an uphill struggle. When a laser strikes an aircraft from within a built-up area, even if the crew are able to identify the street or tower block from where it was fired, the chances of police catching the culprit are tiny. Yet, even while lasers have many legitimate uses, powerful devices can be bought from thousands of sites online. Making it a criminal offence to own lasers above the small size used in a typical classroom pointer is probably futile now, although it’s a route that’s been followed in Australia.

That Laser Pointer Could Be More Dangerous Than You Think

Pilots are now trained in how to handle laser attacks, and the safe way in which this incident with the Virgin flight was handled shows that training in action. But it doesn’t take much of a leap of imagination to see that with a single-pilot police helicopter or air ambulance, over a crowded city, a laser attack could end in tragedy even with the best training and equipment in the world.

The solution is going to require a combination of educating the public about the risks of misusing lasers, finding ways to help the police to identify and catch those who misuse them, and for the whole community to co-operate in treating anybody who deliberately points lasers at an aeroplane or helicopter as the dangerous criminal they are.

Guy Gratton is a visiting senior research fellow in aeronautics at Brunel University London. This article was originally published on The Conversation.