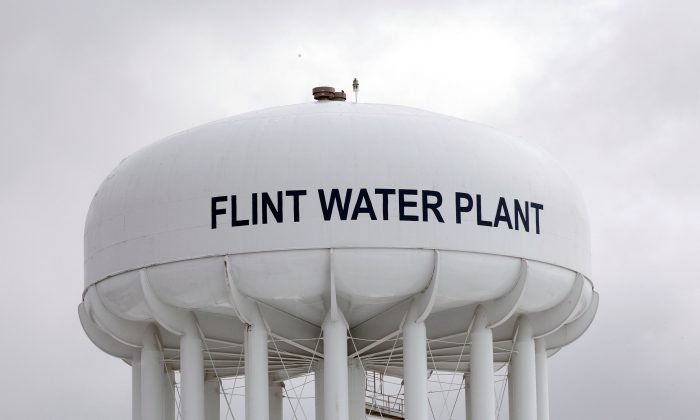 More than 18 million Americans are drinking water from a system that violates the Environmental Protection Agency’s (EPA) safety regulations.

And that could be the tip of the iceberg.

Flint, Mich., the poster child for lead contamination in drinking water, is not even listed among the 5,363 systems in the government database that monitors such problems.

That means millions more Americans could be at risk who aren’t being tracked, suggested Erik Olsen, health program director at the Natural Resources Defense Council (NRDC), which conducted the report published June 28.

Residents of Flint still do not have access to safe drinking water, 2 years after the crisis surfaced in April 2014.

“Americans take it for granted that the water flowing from their home taps is clean and safe, but all too often that assumption is wrong,” said Olsen. “Shoddy data collection, lax enforcement of the law, and cities gaming the system have created a potent brew of lead violations and unsafe drinking water from the water supplies used by millions of people across the nation.”

Beyond documenting the prevalence of lead water contamination in the United States and providing a deep analysis on the issues that led to the episode in Flint, “What’s In Your Water: Flint and Beyond” also cites EPA violations of the Lead and Copper Rule and documents a lack of enforcement against those violations. Violations include “failure to treat to reduce lead levels, failure to monitor for lead, and failure to report test results to citizens or the government.”

“A whopping nine out of ten of these water rule violations never faced any formal enforcement,” said Olson. “In fact, states and EPA sought penalties against only 3 percent of lead rule violators. That’s inexcusable. The message sent to water suppliers that knowingly violate the law is clear: There is no cop on the beat.”

Some officials attempted to evade lead contamination detection by getting water samples from locations less likely to have lead problems, according to the report. They also used water sampling methods that decreased the chances of finding high lead levels.

In February, the EPA issued a “guidance” document discouraging such methods, but only after such techniques were “long allowed to continue unabated.”

The NRDC said one of its top priorities now is addressing the ongoing water crisis in Flint. The organization has filed a joint lawsuit in federal court, with the goal to bring Flint in compliance with federal safe drinking water laws and replace Flint’s lead service lines.

In its report, the NRDC highlights major changes that are needed at the national level to ensure safe drinking water: