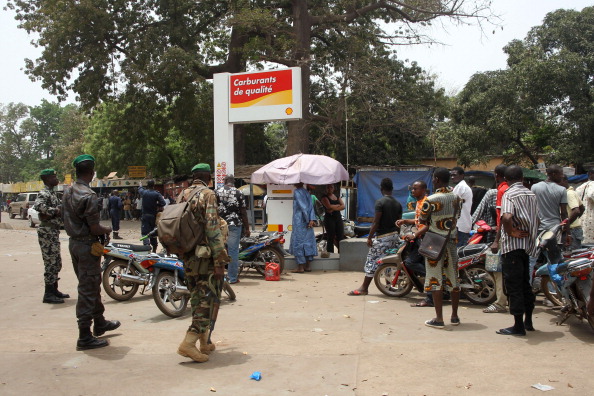 Despite condemnation from world and regional powers, thousands of demonstrators took to the streets to support the military junta that took over last week, reports said.

The demonstrators chanted slogans to support the coup that ousted President Amadou Toumani Toure, who was criticized for failing to properly deal with Tuareg insurgents in the north.

“I want the international community to shut up. This is our revolution,” Oumar Diara, a youth leader, told Reuters in Bamako.

Niamoye Toure, a young doctor, told The Associated Press that the coup is “the first time [he’s] really proud of Mali and of Africa.”

“Honestly I’d given up on Mali. It’s only now with the military that I’ve regained some hope,” he added.

Other locals weren’t so supportive of the junta, however.

“We want the soldiers back in their barracks,” Mohammed Decko, a local, told South Africa-based News24. “This coup is putting Mali back 20 years.”

The Economic Community of West African States (ECOWAS) bloc, of which Mali is a member, denounces the coup and says democracy needs to be restored in the country.

Alassane Ouattara, the new president of the Ivory Coast who is also the current chair of ECOWAS, told News24 that Mali needs to restore its democratic institutions.

“We cannot allow this country endowed with such precious democratic instruments, dating back at least two decades, to leave history by regressing. It’s why Mali needs to immediately return its democratic institutions to normal,” he said. “This position is non-negotiable.”

In the past week, the United States, the European Union, and France have cut off most aid to the country and said more sanctions could be forthcoming.