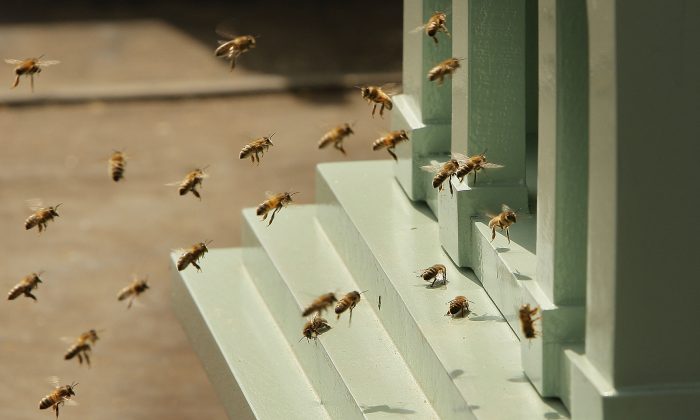 Bees swarm at the entrance to the newly installed bee hives on the roof at Fortnum and Mason on July 22, 2008 in London. (Peter Macdiarmid/Getty Images)
US

Thousands of bees descended on a Muslim Community Mosque in Phoenix, Arizona, stinging more than a dozen people and sending one to the hospital, ABC News reports.

People had to shield themselves with blankets and run out of the community center to protect themselves from the bees.

#breaking: At least 15 attacked by bees at #Islamic center – #Phoenix, #Arizona. For the latest, watch @CBS5AZ at 5. pic.twitter.com/muGDULV4DA

The Fire Department said that at least 20 people were stung, and one person was sent to the hospital.

Firefighters rushed the to scene and sprayed a calming foam on the insects, but it was not until hours later a beekeeper came to remove them.