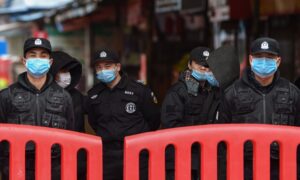 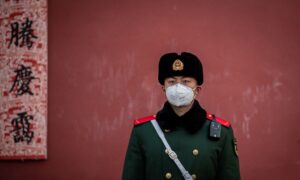 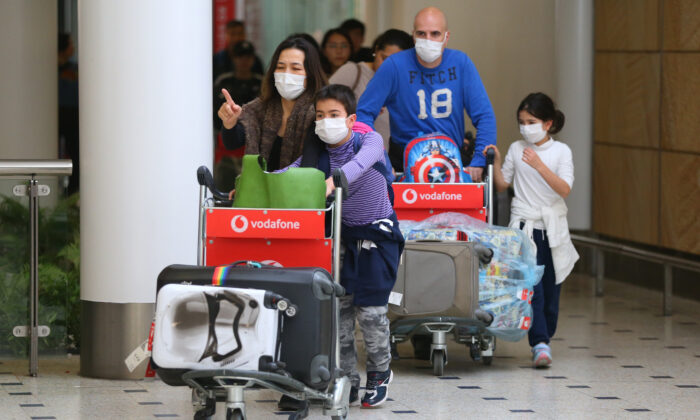 UPDATE: The New South Wales (NSW) state government has changed its advice for students who have returned home from traveling in China.

NSW Health Minister Brad Hazzard said he was requesting, but not requiring, that staff and students who had returned to Australia from China for less than 14 days to stay away from NSW schools.

“We’re going to ask parents, I stress ‘ask those parents,’ to do what every what everybody else has been doing so well in this difficult time. That is to support the community by holding back your children from going to each one of those facilities,” he said.

NSW education minister Sarah Mitchell said at a press conference Tuesday afternoon, “We know that many in the community have been wanting to see this. I think it is important we are taking this precautionary measure in line with community sentiment but also knowing we are doing everything we can even though the risk is low, to ensure the safety in that school environment.”

Thousands of anxious Australian residents and members of Sydney’s Chinese community are calling on the New South Wales state government to ban students who may have been exposed to the novel coronavirus while on holidays in China.

Several online petitions in favor of the government placing students who traveled to China under quarantine have gathered mass support, as Australia on Monday confirmed its fifth case of the new virus.

The latest case involved a 21-year-old woman who was on the last flight out of the Chinese city of Wuhan—the epicenter of the outbreak—to Sydney before China imposed a travel ban. She arrived into Sydney Airport on Jan. 23 and on Monday afternoon tested positive for the 2019 Novel Coronavirus (2019-nCoV), NSW Health confirmed.

The case takes NSW’s total number of known cases to four, with a further six under investigation, according to a NSW Health spokesperson.

An online petition on change.org, which urged the NSW government to ask parents to keep their children at home for 14 days if they had recently returned from China, received over 17,500 signatures.

“The fact that a vast amount of Chinese residents are returning to Australia prior to school start[ing] next week is highly concerning to all the children and staff amongst all Australian schools,” the petition read, adding that the proposed measures will “greatly benefit the prevention of this deadly virus spreading into the most vulnerable community members of all.”

A separate and ongoing change.org petition with similar demands, meanwhile, attracted some 7,100 signatures.

“For the safety of the wider community, I would like to ask the NSW government (Health and Education Department[s]) to enforce a strict restriction for all families who have recently returned from China to keep their sons/daughter[s] at home for 2 weeks before attending school, kindergarten, and daycare,” the petition said, signed off by “Parents from Sydney.”

Australia’s first four cases were confirmed on Saturday, with one in Melbourne and three in Sydney. Health officials have said that they are expecting more cases given the volume of travel between Australia and China.

In a statement, the NSW government instructed students who have had contact with infected individuals to remain at home for two weeks after the last contact with the infected person, in line with the disease’s incubation period.

“After this time, the child is considered not to be at risk of infection,” said NSW Chief Health Officer Dr. Kerry Chant.

The release added that students who had travelled to Wuhan and Hubei province during the school holidays may return to class, but that they must be monitored for symptoms of coronavirus infection.

The most common symptom of the virus is a high fever. However, infected persons can be contagious while not showing any symptoms, the World Health Organization (WHO) has confirmed. Other symptoms include breathlessness, a sore throat, and a cough. According to the WHO, severe cases of infection can cause pneumonia, severe acute respiratory syndrome, kidney failure, and even death.

Meanwhile, three private schools—The Scots College, Kambala School, and Newington College—contacted parents on Monday to ask them to ensure their children had been medically examined by a doctor before returning to classes if they had visited China, reported Australia’s national broadcaster the ABC.

Australia’s federal education minister Dan Tehan told ABC radio that schools should be following the advice of the health department.

Australian officials also said Monday that they are working with Chinese authorities on how to evacuate around 100 Australian children and young people out of the locked-down city of Wuhan.