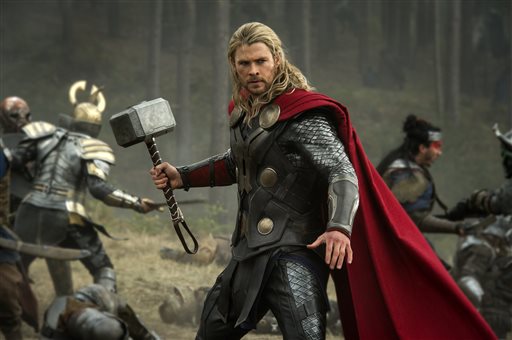 Thor 3 could include Loki being killed off while possible new characters include Beta Ray Bill and Valkyrie.

Another huge rumor is that the movie will include Ragnarok.

The Ragnarok theme isn’t official yet but producer Craig Kyle and writer Christopher Yost have teased the theme and Chris Hemsworth (Thor) told Screen Rant earlier this year that though doesn’t officially know what will happen in Thor 3, he has an idea.

“I think that in the comic book the sort of end of days, Armageddon aspect is probably the direction in which it will all head in,” he said. “Where it’s sort of the end of all things and there’s obviously no script or anything when I read the comic books I thought it was an interesting way to go.”

The original Thor-Ragnarok story involves Thor being missing and presumed dead, and the Asgardian gods all killing each other.

They’re later revived by more powerful gods, who put fresh memories into them.

“Once he has dealt with the fire demon and his brother, however, he does not hesitate in dealing him once and for all–Thor rips his brother’s head off.”

The blog notes that Tom Hiddleston (Loki) could be a suitable replacement as the Joker in the Batman world following Heath Ledger’s death. Hiddlestone could also be Mister Sinister, or he could appear in another Marvel movie such as Avengers 3–or even stay alive in Thor 3 and be in a Thor 4 if there is one.

Meanwhile, Movie Pilot also says that there are a number of new characters that could feature in Thor 3, including Beta Ray Bill and Valkyrie.

“Not only will Thor’s universe be expanded, but with her on the screen Marvel is that much closer to a Secret Avengers movie should they choose to make one. Valkyrie’s job is to fly over the battlefield and select brave warriors who have died and guide them to Valhalla. She wields the Dragonfang. I think that is her sword. She has wielded a spear as well,” it said about the latter.

It also says that Enchantress and the Executioner, Ulik, and Mangog could appear.