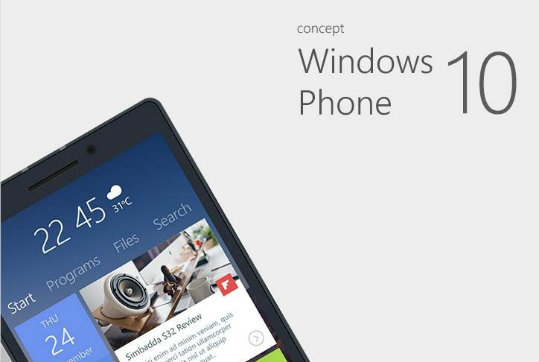 This Windows 10 for Phones Concept Leaves Us Wanting More

Sadly, not much is known about Windows 10 for Phones at this point. In fact, it has only started showing up in web logs this past month
By Steven Parker

Sadly, not much is known about Windows 10 for Phones at this point. In fact, it has only started showing up in web logs this past month and little else is known about the OS. Depending on which direction the Microsoft team will take at the end of this month, we’ll probably have to wait until Build 2015, which takes place in May, to really see where the mobile operating system is heading.

That, of course, hasn’t stopped people from speculating about what we could expect from the update. One chap from Indonesia named Ghani Pradita, has put together a nice looking concept, that in our opinion doesn’t shy too much away from the design queues of Windows Phone 8.1 and the Windows 10 Technical Preview.

You can view the full concept image below.

Some of the more extreme changes include moving the status bar to the bottom rather than having it up top, something we cannot see happening, but an interesting idea all the same. The Start screen also gets a permanent “clock + weather” placement at the top, although the date doesn’t appear to be taken into account.