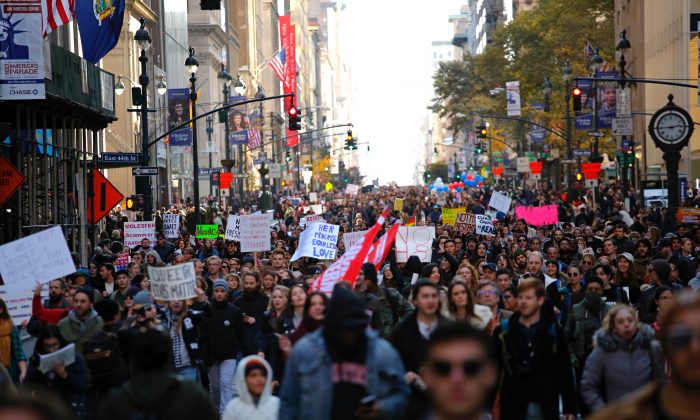 Dozens of media organizations fell for a hoax by internet users who had claimed that Nikolas Cruz, who killed 17 people at a Florida high school, was part of a white supremacist group.

The fake story originated on the messaging board 4chan, where internet users came up with the hoax.

The Anti-Defamation League first picked up the story and was followed by major media outlets such as ABC and The Associated Press. Media organizations did not engage in rigorous enough fact checking to catch the fact it was a hoax.

“[T]hey are so hungry for a story that they’ll just believe anything as long as its corroborated by a few people and seems legit,” wrote the creator of the thread on 4chan that started the hoax, Politico reported.

Local law enforcement said in a statement that there are no known ties between Cruz and white supremacist groups.

While some news-organizations ran corrections, those received far less attention than the original articles. For example, AP’s original Twitter post received 41,450 retweets, while its retraction of the story only got 5,633 retweets.

An indictment of 13 Russian nationals by the office of special counsel Robert Mueller revealed that the Russians had created protests using fake social media accounts.

The Russians used one of their fake Facebook pages “BlackMattersUS” to organize a protest rally that started on New York City’s Union Square on Nov. 12.

Media reports at the time described between 5,000 and 10,000 people attending.

CNN and MSNBC gave extensive coverage to the protests at the time, repeating a lot of the anti-Trump messaging of the protesters. There is nothing to suggest that CNN and MSNBC supported this event while knowing it was ginned up by Russian trolls, just as those taking part in the protests did not know of the Russians’ role.

According to Mueller’s indictment, the Russians intentions were to create deeper divisions in American society, which the networks’ coverage of these protests served to amplify.

Media Misreports There Have Been 18 School Shootings This Year

Among those who reported the statistic was MSNBC’s Chuck Todd who said while covering the Florida shooting “This is the 18th school shooting just in 2018.”

The number 18, however, does not refer to what would normally be considered a school shooting. It’s the total number of gun-related incidents that happened on school properties.

This includes an incident in which a man used a gun to commit suicide in the parking lot of an elementary school in Michigan when the school was closed and no children were present.

Another involves a 17-year-old student who fired a gun into the floor of a classroom in the Bronx, New York.

And another one involved a third-grade student pulling the trigger of a police officer’s holstered weapon in Minnesota.

Of all the incidents listed, two qualify as mass school shootings, understood as an incident in which four or more are shot or killed: The shooting in Parkland Florida, and a shooting in Benton, Kentucky, where a student shot and killed two students and injured 18 others on Jan. 23.

While all of the incidents are concerning, they do not constitute what people would normally consider a school shooting.

An article by New York Times columnist Thomas Friedman, which he told CNN may have been the most widely circulated of his career, omitted a key piece of information.

In the article, published on Feb. 13, Friedman criticized President Donald Trump for not having done enough to “defend America against a Russian campaign to divide and undermine our democracy.”

Friedman goes so far as saying it “is simply unprecedented for any U.S. president in history.”

His column, however, overlooks the fact that it was Trump’s predecessor, Barack Obama, who was in office when the Russians planned and staged most of their campaign.

An indictment of 13 Russian nationals by the office of special counsel Robert Mueller shows that the Russians were planning to use social media to sow discord in 2014, and actively carried out their strategy in 2016.

Not only was Obama aware of the Russian efforts, he did not do anything to stop them.

Trump, as well as the other 2016 presidential candidates, was a target of the Russian’s efforts to sow discord.