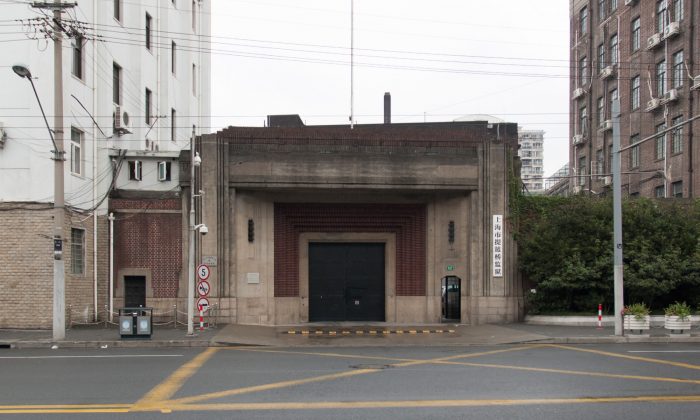 This Street in Shanghai Used to Protect Jews Hiding From Hitler. Now It Holds Religious Prisoners.

During World War II, 20,000 German Jews fleeing imminent persecution and extermination found refuge in the “Paris of the Orient”—the popular nickname for Shanghai at the time. They resided in an international settlement centered along Changyang Road, located near the mouth of the Yangtze River.

The story of the Holocaust and those fortunate enough to ride it out in Republican China is recorded in the exhibitions at the Shanghai Jewish Refugees Museum. Vintage photos and artifacts on display, as well as educational videos playing on screens at the former synagogue keep the memory of the Shoah fresh in contemporary minds.

But right across the street, in the Tilanqiao Prison, a similar horror is still being played out.

In 1999, when the Communist Party deemed tens of millions of adherents of the Falun Gong spiritual discipline to be state enemies, many of them would end up being incarcerated at Tilanqiao, known as the “Alcatraz of the Orient.” The brutality behind its gates is over a decade’s worth of spiritual struggle between a communist political campaign and the freedom to choose one’s faith.

Though no Chinese law bans Falun Gong, millions of adherents have been jailed in the over sixteen years of the campaign against them. Torture, forced labor, and brainwashing are common punishments for practicing Falun Gong, and researchers say that hundreds of thousands have been murdered in Chinese military hospitals for their organs.

While tight control by the Chinese authorities makes investigation difficult, a picture of the persecution of Falun Gong at the Tilanqiao facility can be gleaned from reports published on Minghui, a Falun Gong website that documents the repression.

Zhao Bin, a businessman from Shandong Province who practiced Falun Gong, died within two month of being detained at Tilanqiao Prison, Shanghai, on Oct. 19, 2013.

It is not known how many Falun Gong adherents have been held in Tilanqiao, and how many have lost their lives as a result, but reports indicate that they have been held there since the early 2000s and continue to suffer torture there as of 2015.


Qu Yanlai, an acclaimed chemist and mathematician who once won a prestigious first-place award from Austria, was tortured so severely that he was committed to a wheelchair.

Chen Jun, a convict in his 20s tasked with monitoring Falun Gong prisoners at Tilanqiao, eventually took up the practice for himself in 2006. The furious guards put him solitary confinement with his limbs bound in fixed positions by leather restraints. According to eyewitnesses, Chen was then beaten continuously and he later died soon after being admitted to a hospital.

Staff at Tilanqiao include onsite brainwashing personnel and agents from the notorious 610 Office, a Party commission tasked with overseeing the persecution of Falun Gong and other “heterodox religions.” They have been rewarded by higher authorities for their “achievements.” For instance, Minghui reported that Qiao Liguo, director of Tilanqiao in the early 2000s, was given a post on the Jiangsu Province People’s Congress.

Falun Gong adherents at Tilanqiao are also subject to suspicious medical examinations, such as blood testing, that are not administered to other prisoners and have no bearing on their health. Instead, the examinations seemed aimed at testing viability of their internal organs—so they can be harvested and sold.