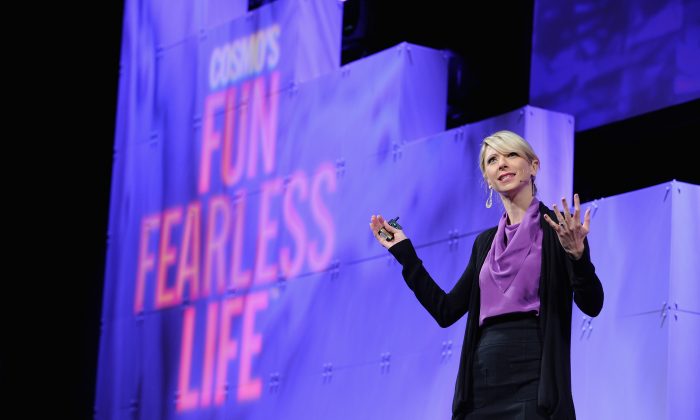 Can changing your posture instantly give you a boost in confidence? According to experiments done by Harvard Business School professor Amy Cuddy, yes, it can.

In her new book, “Presence: Bringing Your Boldest Self to Your Biggest Challenges,” Cuddy details a series of experiments she conducted with her colleagues Dana Carney and Andy Yap. They asked research participants to look at diagrams of people in an assortment of “power poses,” then had them emulate those poses.

“Power poses” include the “Wonder Woman” pose, where the hands are resting on the hips and the legs are wide apart, as well as other expansive poses, such as sitting on a tipped chair with one’s hands resting on the back of the head and legs resting high on a table.

Cuddy had a separate group of participants emulate “powerless poses,” where the body was more contracted: legs pressed together or crossed, arms hugging oneself, and head tilted downward.

To measure confidence, Cuddy asked the two groups whether they would gamble $2—a bonus pay for their participation—in a double or nothing game of dice. The first game presented a 1-in-6 chance to get $4, and a 5-in-6 chance to get nothing.

Of the group that emulated the “power poses,” 33 percent choose to take the gamble, whereas only 8 percent those who performed the “powerless poses” said yes to the offer.

To test for the possibility that it was the pictures of the poses that could’ve affected participants’ behavior, Cuddy’s team asked research participants to perform the same poses according to verbal cues.

They also measured participants’ levels of testosterone and cortisol, a hormone associated with stress.