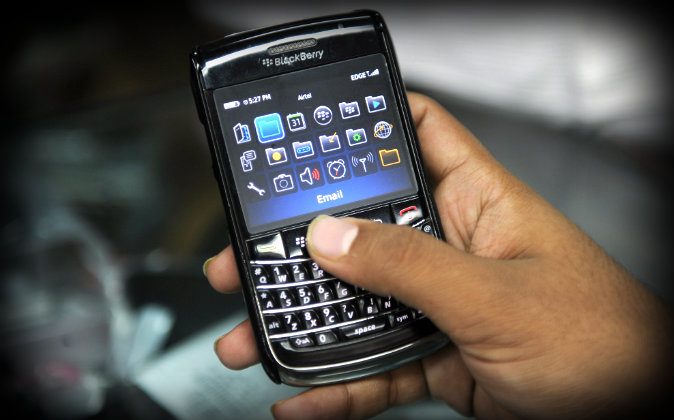 An Indian salesman checks a phone given for repairs at a Blackberry store in Mumbai on August 13, 2010. (Indranil Mukherjee/AFP/Getty Images; effects added by Epoch Times)
Tech

This Phone Is the Biggest Failure in Smartphone History

We've seen a couple of high-profile smartphone flops in recent years, including the Amazon Fire Phone and the Facebook-centric HTC First
By Brad Reed

We’ve seen a couple of high-profile smartphone flops in recent years, including the Amazon Fire Phone and the Facebook-centric HTC First. However, neither of those phones bombed quite so spectacularly as the 2008 BlackBerry Storm, which was RIM’s first attempt at launching a genuine iPhone rival.

Both The Wall Street Journal and The Globe and Mail have published excerpts from an upcoming book about BlackBerry’s rise and fall called Losing the Signal that deal specifically with the launch of the Storm.

Both excerpts make clear that BlackBerry knew the device had major, major issues when it released but it felt it had no choice because it was better to release a flawed product than nothing at all.

The device initially sold well thanks to the strength of the BlackBerry brand and a major marketing push from Verizon, which was eager to have a device that could counter the incredible hype AT&T was generating with the iPhone at the time.

“Virtually every one of the 1 million Storm phones shipped in 2008 needed replacing, Verizon’s chief marketing officer, John Stratton, told Mr. Balsillie,” the book informs us. “Many of the replacements were being returned as well. Storm was a complete failure, and Mr. Stratton wanted RIM to pay… close to $500 million to cover the carrier’s losses.”

Amusingly, even then-RIM co-CEO Jim Balsillie knew the Storm was a stinker when it launched, as he admits to being “dismayed at Storm’s delayed response to touch-screen clicks.” Other RIM employees started referring to it as the “Sh*t Storm,” which again is never a good sign for something that’s supposed to be a flagship products.

Losing the Signal: The Untold Story Behind the Extraordinary Rise and Spectacular Fall of BlackBerry is written by Jacquie McNish and Sean Silcoff and will release on Tuesday.