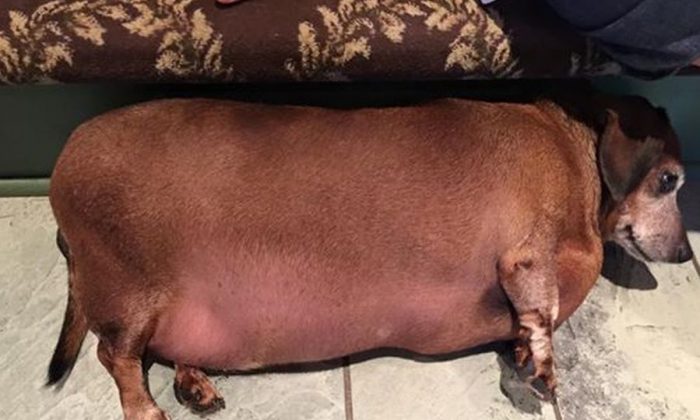 A morbidly obese dachshund, who went viral due to his appearance, has lost a bit of weight.

The dog, Vincent, weighed 38 pounds, which was double the size for a normal dachshund.

Vincent was stranded at Harris County Animal Shelter in Texas after its owner passed away, according to The Dodo.

“He was friendly, but I could barely discern between his laying down and standing up positions; with his short little legs, there was very little clearance between the floor and his chest and abdomen,” veterinarian Sharon Anderson told CNN.

She said he had difficulty walking.

Mary Tipton, with K-9 Angels Rescue, decided to help Vincent and got help.

Ms. Melissa is trying to get me to love the green bean. I promise I am trying, but I am just not a fan yet!

His rescuers said that it was difficult to get him to lose weight at first.

“At his original BMI, he was at a severe risk for arthritis, diabetes, reduced mobility, increased physical injury that can lead to paralysis of the hind legs, cancer, respiratory disease, kidney disease, pancreatic and shortened life expectancy,” said Anderson.

Thanks for the treats!