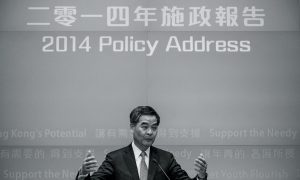 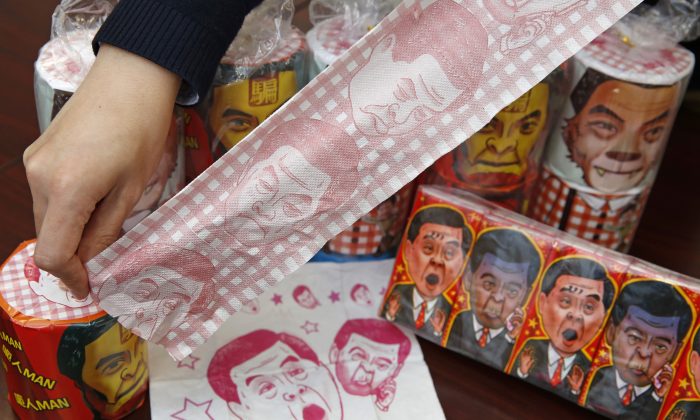 BEIJING—Authorities in southern China have seized about 8,000 rolls of toilet paper and another 20,000 packages of tissues containing unflattering images of Hong Kong’s pro-Beijing chief executive, according to an official of the small political party that placed the order.

The items were to be sold at a market in Hong Kong during Lunar New Year celebrations later this month, said Lo Kin-hei, a vice-chairman of the Hong Kong Democratic Party.

The seizure came after Hong Kong was shaken by a massive pro-democracy movement in which demonstrators demanded greater electoral freedom than Beijing is willing to grant. During the demonstrations, protesters expressed anger at Chief Executive Leung Chun-ying, calling him a puppet of Beijing, and asked him to step down.

“We will become the mainland if this kind of mocking will be not allowed in Hong Kong.”
— Lo Kin-hei, Hong Kong Democratic Party vice-chairman

No reason was given for the seizure of the $12,900 worth of goods in the city of Shenzhen, outside of Hong Kong, Lo said.

The party’s 4,000 rolls of toilet paper with Leung’s image sold out at last year’s seasonal market, and it decided to get more this year from a factory in Shenzhen, Lo said.

The images of Leung on the novelty products are cartoonish and unflattering. One has him bearing two fangs, and another has the word “lying” on his forehead. The sickle-and-hammer symbol of the Chinese Communist Party also appears on some products.

The order was placed under the name of a friend to obscure the party as the true buyer, and all communications were done through the friend instead of the party, Lo said.

Citing the need to protect the manufacturer, Lo declined to reveal the factory’s name and said he had no information on the whereabouts of the factory owner. “We are worried about what has happened to him,” Lo said.

Calls to Shenzhen police rang unanswered on Saturday, and there was no official report about any seizure of toilet paper.

Lo said he found the act worrisome because it indicates further tightening by Chinese authorities on freedom of speech, which is guaranteed in Hong Kong’s constitution.