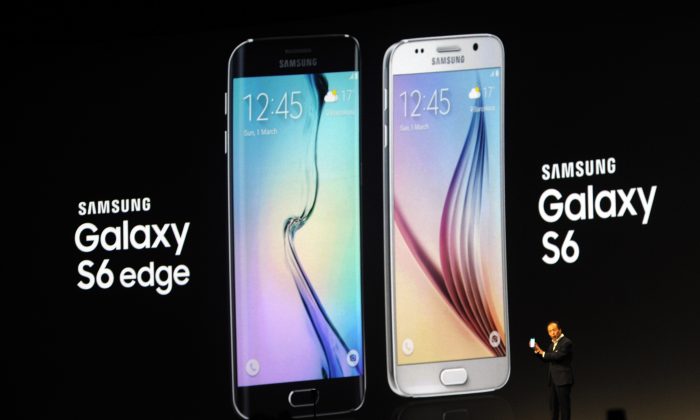 Samsung on Sunday announced two gorgeous Galaxy S models. Our early impressions of the Galaxy S6 and Galaxy S6 edge is that they look and feel better than anything Samsung has ever done
By Chris Smith
Share
FacebookFlipboardTweetRedditEmail
MOREPRINTFONT BFONT S

Samsung on Sunday announced two gorgeous Galaxy S models. Our early impressions of the Galaxy S6 and Galaxy S6 edge is that they look and feel better than anything Samsung has ever done when it comes to smartphones— probably because they had good inspiration, some would say.

But like any gadget, they’re not perfect, and some people will quickly find things to criticize, with one particular missing feature coming to mind that hardcore Android users will find hard to adjust to.

FROM EARLIER: The one reason to hate the Galaxy S6 right now

Neither the Galaxy S6 nor the Galaxy S6 edge has a microSD slot, meaning that users will only get access to the built-in memory — yes, there are cloud solutions, and one could always connect some other external drive to the device, but neither are as practical as microSD cards.

It so happens that SanDisk on Sunday also made several announcements at MWC 2015, which some people may have missed with all the HTC One M9 and Galaxy S6 excitement. One of them is of particular importance for Android fans, as the company has unveiled the world’s first 200GB microSD card, which will be compatible with a large variety of Android devices, especially high-end ones… just not Samsung’s Galaxy S6 or S6 edge.

The 200GB SanDisk Ultra microSDXC UHS-I card comes with a ten-year limited warranty and will very pricey when it launches next quarter, at $399.99 a pop.

More importantly, performance-wise, you can expect transfer speeds of up to 90MB/s. For example, that speed will let users transfer some 1,200 photos per minute.

Looking for more coverage from MWC? Be sure to check out our MWC 2015 hub!

MOBILE WORLD CONGRESS, BARCELONA, March 1, 2015 – SanDisk Corporation (NASDAQ: SNDK), a global leader in flash storage solutions, today introduced the 200GB* SanDisk Ultra® microSDXC™UHS-I card, Premium Edition, the world’s highest capacity microSD card for use in mobile devices. In just one year after introducing its record-breaking 128GB SanDisk Ultra microSDXC card, SanDisk has increased storage capacity by 56% within the same fingernail-sized form factor. Keeping up with the demands of today’s mobile users, the new card provides the freedom to capture, save and share photos, videos and other files without worrying about storage limitations.

“Mobile devices are completely changing the game. Seven out of 10 images captured by consumers are now from smartphones and tablets. Consumers view mobile-first devices as their primary means for image capture and sharing, and by 2019 smartphones and tablets will account for nine out of 10 images captured,” said Christopher Chute, Vice President, Worldwide Digital Imaging Practice, IDC. “As the needs of mobile users continue to change, SanDisk is on the forefront of delivering solutions for these demands as is clearly illustrated through their growing portfolio of innovative products, including the new 200GB SanDisk Ultra microSDXC card.”

SanDisk achieved this capacity breakthrough by leveraging the proprietary technology developed last year for the 128GB SanDisk Ultra microSDXC card, and creating a new design and production process that allows for more bits per die.

“We continue to push technology boundaries to deliver record-breaking solutions that transform the way consumers use their mobile devices,” said Dinesh Bahal, vice president, product marketing, SanDisk. “By focusing on achieving new capacity and speed milestones, we are able to deliver trusted mobile memory solutions that give consumers the freedom to never stop capturing, saving, or sharing – with the benefit of fast speeds to transfer it all quickly.”

the world’s highest capacity and blazingly fast transfer speed of up to 90MB/s to deliver premium performance. At this transfer speed, consumers can expect to move up to 1,200 photos per minute2.

Through SanDisk’s updated Memory Zone app users will have even greater control over their mobile device’s memory storage. In the Memory Zone app, users can engage the OptiMem™ app feature which monitors the phone’s memory levels to inform users whenever the internal memory falls below a user-defined threshold. Once this threshold is reached, the OptiMem app feature will automatically transfer some of their old photos and videos to their microSD card, leaving them with more internal memory to continue making memories. The app, available for free download from the Google Play™ store, is compatible with most Android-powered devices and allows users to easily locate, organize, transfer and back up data.

Pricing and Availability
The 200GB SanDisk Ultra microSDXC UHS-I card, Premium Edition, features a ten-year limited warranty3 and will be available worldwide in Q2 at an MSRP of $399.99.

About SanDisk
SanDisk Corporation (NASDAQ: SNDK), a Fortune 500 and S&P 500 company, is a global leader in flash storage solutions. For more than 25 years, SanDisk has expanded the possibilities of storage, providing trusted and innovative products that have transformed the electronics industry. Today, SanDisk’s quality, state-of-the-art solutions are at the heart of many of the world’s largest data centers, and embedded in advanced smartphones, tablets and PCs. SanDisk’s consumer products are available at hundreds of thousands of retail stores worldwide. For more information, visit http://www.sandisk.com.

1 Approximations; Results and Full HD (1920×1080) video support may vary based on host device, file attributes and other factors.